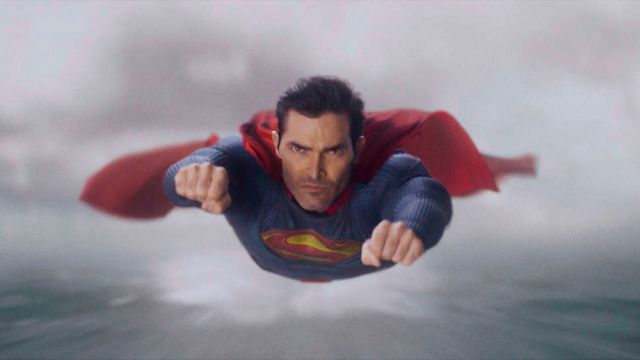 The new Arrowverse series based on Superman presents its final video trailer before its next premiere on HBO Spain on February 24.

Superman & Lois, The CW’s new television series based on Tyler Hoechlin’s Superman from the Arrowverse, presents its final trailer shortly before its premiere on February 23 in the United States and only one day later in Spain, available on February 24 February through HBO Spain. Thus, under the title All Right Now, those in charge have shared the spectacular final trailer of a series that seems to bet more on a cinematographic aesthetic than the CW series have used to us.

Premiere in Spain on February 24 on HBO

Thus, the trailer shows us what the return to normality of Clark Kent and Lois Lane looks like after their latest adventures, enjoying a very family life in Smallville; Although how could it be otherwise, the tranquility will be fleeting, since the ghosts of the past will return through new threats, while the children of the couple discover the true personality of their father.

Superman & Lois shines in their final trailer: the Man of Steel dazzles on television
And it is that the trailer shows us the reflections of Clark on the authentic being of him, Superman, doubting if the world really needs the Man of Steel. The doubts will quickly dissipate when, indeed, humanity needs Superman. Good proof of this are the numerous action scenes that this new video trailer leaves us and in which we can see Superman making use of his different superpowers.

We leave you with the official synopsis of the series: “In Superman & Lois, after years of facing supervillains, monsters that wreak havoc in Metropolis and alien invaders who try to annihilate the human race, the most famous superhero in the world, Man of Steel aka Clark Kent (Tyler Hoechlin) and the most famous journalist in comics, Lois Lane (Elizabeth Tulloch), face one of the biggest challenges of their life: dealing with all the stress, pressures and complexities that come with it. being working parents in today’s society. Complicating the already daunting task of raising two children, Clark and Lois also have to worry about whether their children, Jonathan (Jordan Elsass) and Jordan (Alexander Garfin), might inherit their father’s Kryptonian superpowers as they get older. ” .

“Of course, there is never a dull moment in the life of a superhero, especially with Lois’s father, General Samuel Lane (Dylan Walsh) looking for Superman to defeat a villain or save the day at any given time. Meanwhile, the return of Superman and Lois to idyllic Smallville is about to be disrupted when a mysterious stranger (Wolé Parks) enters their lives, ”concludes the official synopsis.