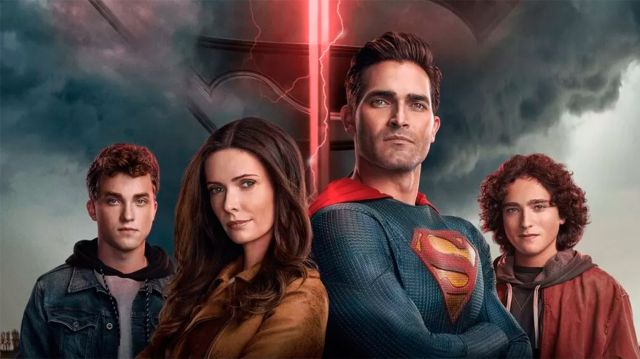 Superman & Lois: The CW shares a first trailer that advances the new plots of a second season that will address new internal conflicts for the Man of Steel. Superman & Lois, one of the most successful The CW series of recent times and which has had a larger budget than usual in the chain, shares the first trailer of its second season that will arrive very soon. So much so, that the new episodes of Tyler Hoechlin’s television Superman will premiere on The CW channel for the United States as of January 11, 2022, with the most likely broadcast to the rest of the world through HBO Max. the next day, including Spain with its usual dubbing.

The New Adventures of Television Superman

Thus, fans of the Man of Steel can look forward to a new and long season with the new adventures of Tyler Hoechlin’s Superman and the rest of the series’ regular cast, that is, Elizabeth Tulloch as Lois Lane and the children of the marriage, Jonathan and Jordan Kent, played by Jordan Elsass and Alexander Garfin. Wolé Parks will also return as John Henry Irons after the open ending of the first season.

And it is that this first trailer that you can see heading this news lets us see 1 minute of unpublished footage of what this season 2 of Superman & Lois has in store for us, with a Superman who will have to face intense and dangerous challenges both inside and outside his Familiar scope. And it is that the sudden appearance of Irons’s daughter will cause a series of tense situations due to the young woman’s distrust of the figure of Superman, which in her reality devastated humanity.

Of course there will be no shortage of the classic superhero feats of Superman around the world, helping humanity in all kinds of dangerous mishaps; Special mention to the submarine scene that appears in the trailer and that will surely satisfy lifelong Superman fans.