Home Entertainment Superman and Lois destroy one of the greatest differences of the Arrow... 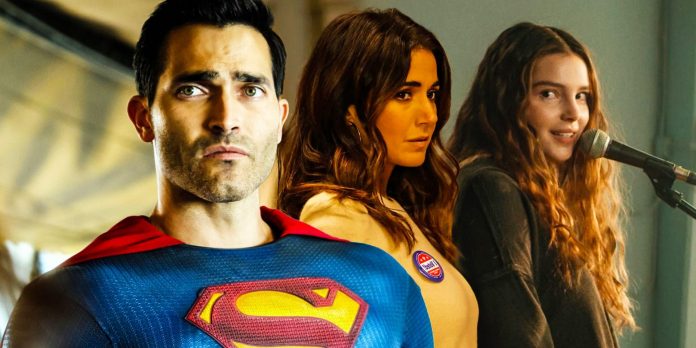 Warning: spoilers for the series “Superman and Lois”, season 2, episode 14.

Recent events with the two main characters of the show mean that Superman and Lois are quickly destroying one of its best differences from other Arrowverse shows. In just a few episodes, “Superman and Lois” have made major changes to the status quo. More recently, one character in Clark’s life has learned his biggest secret, and now another is on the verge of making this discovery.

Following Clark’s decision to finally tell Lana that he’s Superman, the series dropped a similar bomb on Sarah. Throughout the series, Jordan’s love interest has been in the dark about what’s really going on in Smallville and how all of its events are connected to the Kent family. For a long time Jordan was tormented by the fact that Sarah stayed away and did not know the real reason for his disappearances and strange behavior. The 14th episode of the 2nd season of “Superman and Lois” titled “Bizarre World War” finally solved this dilemma. To get her away from Bizarro Lana, Jordan was forced to reveal his powers to her. Sarah doesn’t know yet that Clark is Superman, but now that she knows part of Jordan’s secret, it’s only a matter of time before she gets the rest of the answers.

By revealing Clark’s secret to Lana and revealing Jordan’s powers to Sarah, Superman and Lois are in the process of being stripped of one of the things that makes the Arrowverse series so unique. Unlike shows like Arrow, Supergirl and The Flash, Superman and Lois were primarily shows in which secret identities are a fundamental part of the story. Clark and Lois made it clear to their children from the very beginning that it was extremely important that no one knew that Clark and Superman were one and the same. In the interest of maintaining this level of secrecy, the Kents had to go to great lengths to hide this knowledge from other key characters such as Kyle, Sarah, Chrissy and Lana.

In most Arrowverse shows, secret identities aren’t as important as one might expect from superhero stories. One example of this is The Flash, a show in which every member of the main cast knows that Barry is The Flash. For this reason, his secret identity usually doesn’t matter. Seeing characters overcome the difficulties of having to hide their powers and vigilante actions from those they care about is a popular element of superhero stories, but not one that gets a lot of attention in most Arrowverse series.

On the other hand, “Superman and Lois” paid a lot of attention to this, and at the same time provided the series with a lot of interesting stories and conflicts. That’s why it’s a pity that the show is making radical changes to this formula. The number of characters who do not know the truth about the Kents is rapidly decreasing. By adding Sarah and Lana to the once exclusive club, which already includes Sam Lane, Steele and Natalie, Arrowverse brings Superman and Lois closer to their other shows.

Genshin Impact: A complete guide to the Constellations of Chongyun