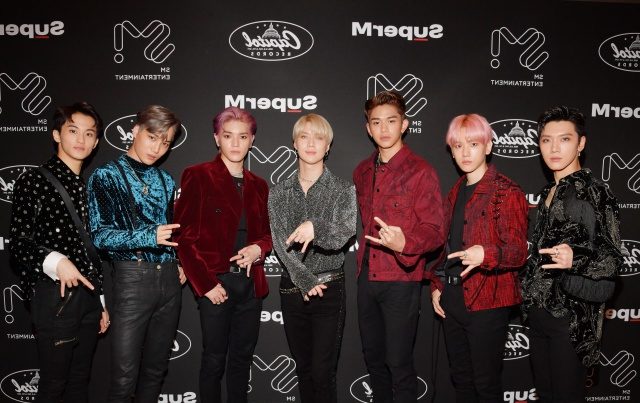 SuperM has become one of the most promising groups in the current music industry. Millions of people around the world have already learned their songs and, with only one month of life, have accumulated disastrous figures on social networks.

This has also made them some of the most requested faces in the industry. Even heaven needs them! No, we are not exaggerating. The important and well-known Korean Air airline has appointed SuperM as international ambassadors, and they have done so in style.

To announce it, they have shared images in which the artists themselves pose before a gigantic plane adorned with a photo of the protagonists outside. Subsequently, they published an explanatory video about the security measures to take into account during the flights, but with SuperM as the main faces.

But that is not all! As Soompi reports, this video is accompanied by a preview, both visual and sound, of the next theme that this successful K-Pop band brings us: Let’s Go Everywhere. A song that will be released on November 18 and whose profits will go to the Global Citizen campaign of the Global Poverty Project.