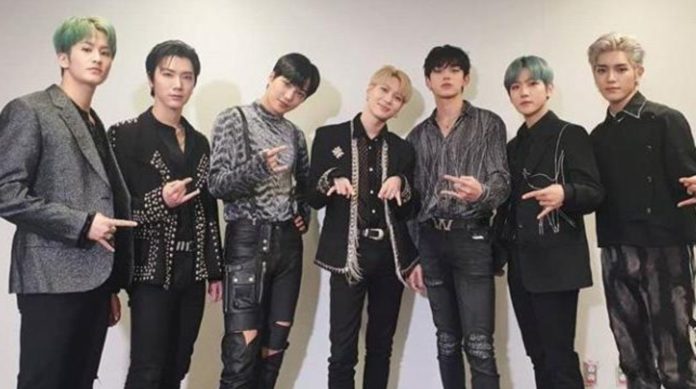 SuperM Presented New Song ‘Dangerous Woman ‘. Is this melody going to be part of the band’s new record material?

This Sunday, February 9, SuperM visited Mexican lands, in the only concert that is part of their world tour ‘ We are the Future ‘ in Latin American territory and they are very excited to be in La Arena Mexico City sharing with their fans.

And these guys do not stop, since last night, Taemin, Baekhyun, Kai, Taeyong, Mark, Ten and Lucas attended as guests of the program ‘ Jimmy Kimmel Live!’ , belonging to the American television network, ABC .

The boys under the company SM Entertainment attended as the musical figures at the show, where Jimmy Kimmel presented the ‘ Avengers of K-Pop ‘ as the first artist of his kind to reach number 1 on the Billboard chart with His debut album .

The group presented two numbers with which they captivated the audience, which were mostly fans and followers, since the television dish was full of colored lights, ‘ Jopping ‘, the promotional song of his EP , was performed by SuperM and The scenic presence of the 7 idols took the screens to show all the talent they have, with live vocals .

The surprise of the night was the presentation of a song that is not part of the album , but that the boys have been promoting unofficially in their concerts of the tour, which is called ‘Dangerous Woman ‘, the melody begins with a harmony of voices among the members, showing their vocal capacity.

As a feature of this performance Taemin, Baekhyun, Kai, Taeyong, Mark, Ten and Lucas , just sang on stage, without any choreography, trying to make contact with the followers who attended the program.

There are rumors very strong that this song will belong to the second disc of SuperM , as also during his concert in Mexico said they were working on making more music .