Home Celebrity SuperM: The best moments of your online concert 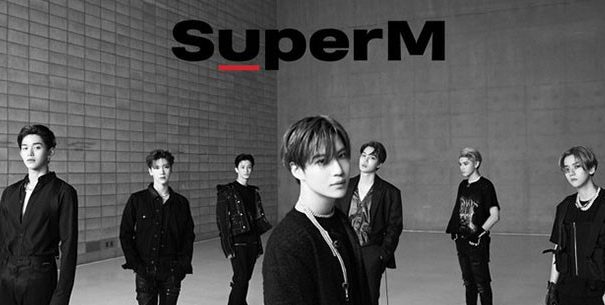 The guys from SM Entertainment wasted energy on stage with thousands of spectators watching each of their performances. This is how all the energy of ‘ Beyond Live’ was lived with SuperM.

After participating in the musical initiative of ‘ One World: Together At Home’ by Global Citizen and the World Health Organization with the song ‘ With You’ , the members of SuperM announced that they would make a special show for their followers .

Yesterday the first concert of the virtual festival ‘Beyond Live’ was performed with resounding success with SuperM , an initiative by the company SM Entertainment to bring the music and powerful choreography of their groups to the homes of the fans .

Via VLive fans were able to buy their ticket to enjoy this show , this was a fresh experience for all those who are serving the quarantine period.

These are some of the best moments from the SuperM show :

Technology
The spectators could be witnesses of a large infrastructure on stage screens with graphics specially designed for the occasion, making the fans feel throughout a campus full of good energy .

New songs
The members of the group demonstrated a series of new songs, which are rumored to be included in the next SuperM album , these are Line ‘Em Up, We Go Hundred and Drip , each one has a very unique touch and full of rhythm.

During some performances the fans were part of the scenery , for transmissions in alive were placed on the screen , could see followers of the group with their light sticks , banners and flags from all parts of the world , giving the show one vision more exciting .

Super car
This song has become one of the favorite of the fans because it is very original, the sounds are very characteristic of SuperM , leaving all the spectators excited to see this performance .

The message from SuperM fans to their fans
The members of the group took the time to demand a great message from each of their fans around the world , thanking them for being at the concert and wishing that the next time they meet it would be in a live show.

No Manners
This song has many features for which has become an essential in the repertoire of SuperM , the choreography is about structures and members of the group play with it making it part of the show .

Moments in Spanish
It is very exciting when an idol speaks in a different language to interact with his fans , Kai and Taeyong spoke a little in Spanish giving their followers ‘I love you’ and ‘I love you’, they looked a bit shy but they showed their ability to live together in any language .

The solos
If group have proven to be an explosion of talent , individually each member squanders an awesome potential, equal in their world tour members SuperM had performance in solo or duo making the fans were excited even more.

Jopping
This was a melody that could not miss in the tracklist of the concert as a show of power and the concept of the group , the fans loved this performance.