Home Celebrity SuperM is Already in Mexico, So was Arrival at the Airport 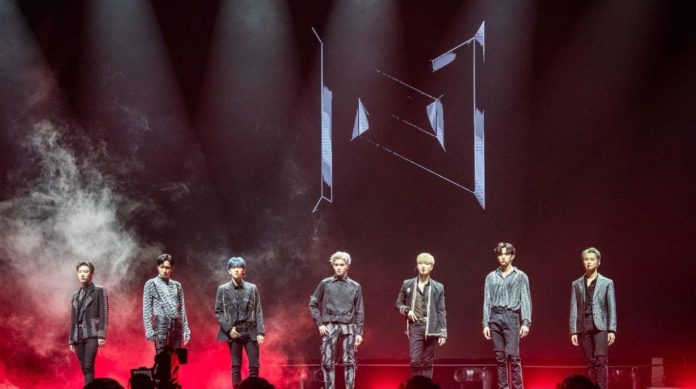 From Vancouver to Mexico City, the ‘Avengers of K-pop’ are ready for their concert tomorrow the Mexico City Arena.

The last presentation of the ‘ We Are The Future ‘ tour was in Vancouver, Canada and now it is the turn of Mexico City , which is the only country in Latin America that will have in concert the ‘ Avengers of K-pop ‘

From a very early age, the boys set out to travel, apparently the flight did not suffer any delay, because the SuperM boys arrived safely to the airport in Mexico City .

SuperM Mexican floor floor before 4:00 in the afternoon, there were already many fans waiting for them at the airport, although some followers, for security had asked that the members be taken out the back door.

The boys arrived with a mouth cover, visibly prepared and excited for tomorrow’s concert at the Mexico City Arena , where Rex Nation will broadcast live before the presentation of the 7 boys of SM Entertainment begins .

And although some fans went to receive them to the airport very excited, some others criticized them, since there was talk that no person should go, for comfort and safety of all involved.

The hashtag # SUPERMinMEXICO , which quickly became a trend, the nerves and excitement of the fans can be felt, the winners of the Q&A activity with the group must already be prepared to meet Taemin, Baekhyun, Kai, Taeyong, Mark, Ten and Lucas .

Kim Kardashian was caught at a party after filing for divorce