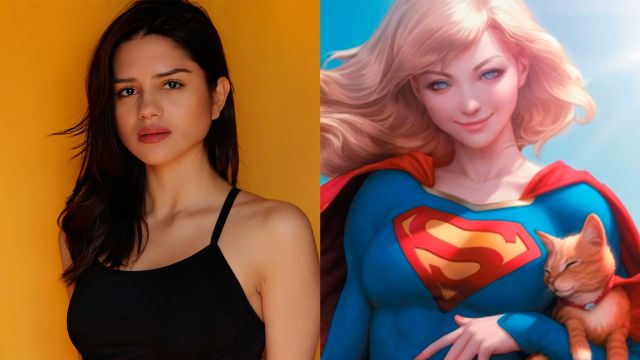 The superhero will make her debut in the next DC movie; its director, Andy Muschietti, breaks the news in a video call to the actress of Colombian origin.

Great news for superhero movies; and is that the next Flash movie as part of the DC Universe will host the debut of a character as popular in DC Comics as Supergirl, the Kryptonian superheroine and cousin of Superman. In addition, the director of the film himself, Andy Muschietti, has given the news to the chosen actress through a video call in which Sasha Calle, an American interpreter of Colombian origin, is excited to receive the news from the filmmaker.

Supergirl to debut in the DC Universe in Flash

Thus, and after a colossal casting with more than 425 aspiring actresses, Warner Bros. and DC have finally chosen Sasha Calle, an actress born in Boston and of Colombian origin known for the American series The Young and the Restless. Sasha went to a casting for an unknown role until it was confirmed later that she was to play Supergirl in the movies; After passing several levels of casting, Sasha even went so far as to do a camera test with actor Ezra Miller, Flash in the DC Universe, to see if she had chemistry between them.

As Andy Muschietti himself explains, “more than four hundred auditions were held. United States, Argentina, Brazil, Mexico, Colombia. The range of talents was really amazing and it was very difficult to make a decision, but we finally found an actress who was destined to play this role. ” It has not been until now when DC has confirmed the news by publishing the video call in which the director himself gives the news to the actress by showing the Superman costume from Henry Cavill’s Man of Steel to Sasha after asking if she knew how to fly.

However, Sasha Calle joins the broad cast of interpreters of the DC Universe as Supergirl, a character who will debut in the cinema after starring in her own series on The CW as part of the Arrowverse. Of course, at the moment there is no news about the possible return of Henry Cavill as Superman, neither for Flash nor for any other film.