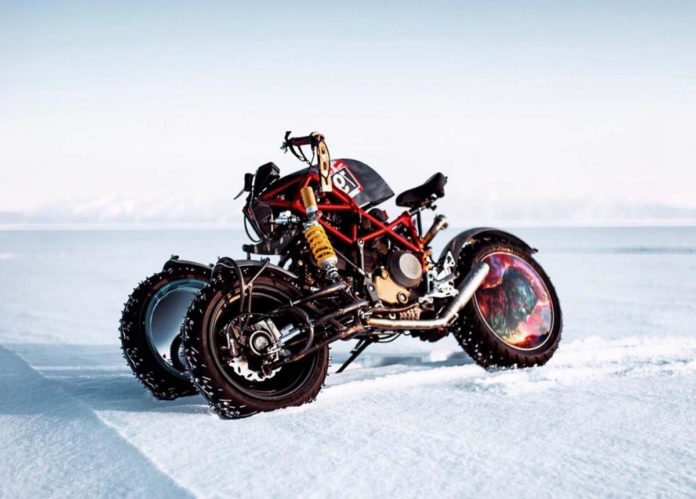 A man named Vitaly Selyukov made a snow motorcycle designed entirely by himself, with pieces from Ducati Hypermotard. The motorcycle, which has an extraordinary design, seems not from this world.

A man named Vitaly Selyukov, Russia’s St. In the remaining time from the Balamutti workshop in St. Petersburg, he developed the engine of Ducati Hypermotard and Balamutti Yondu, a 3-wheel snowmobile, taking parts from the body and body.

The rear wheel is covered in a galactic hell themed colorful design. The subframe looks quite complicated and the exhaust is located just under the seat of the bike. The tires have a barbed design so that the engine can be driven more comfortably in the snow.

If we come to Balamutti Yondu’s engine, Selyukov has redesigned Garrett turbo as a crank-operated supercharger. He installed his own belt and pulley to give the engine some more power. Selyukov plans to compete on the frozen surface of Lake Baikal with his new engine from now on.

PlayStation 5 Will Make Money For Sony From June