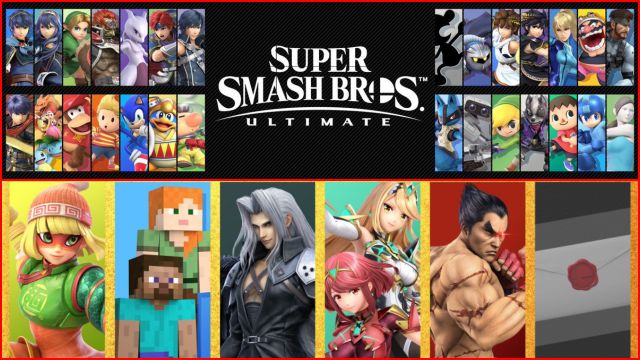 Super Smash Bros. Ultimate: The “last fight” of the popular Nintendo Switch fighting game will confirm its last fighter from Fighters Pass Vol. 2 this Tuesday, October 5. The presentation of the last character of the Fighters Pass Vol. 2 of Super Smash Bros. Ultimate will take place on the afternoon of this Tuesday, October 5. As confirmed during the recent Nintendo Direct, Masahiro Sakurai summons the entire community of users of the Nintendo Switch fighting game at 4:00 p.m. (CEST) to discover the identity of the last DLC fighter in the work. We tell you how to see the presentation online and at what time it is held depending on your country.

After the five downloadable characters of the Fighters Pass Vol. 1, it is time to meet the sixth and last character of the Fighters Pass Vol. 2. According to the information, the presentation will announce both the release date of the character like the latest costumes for Mii fighters. The duration of this presentation, entitled “The Last Combat” will be 40 minutes. There is no room for speculation: it will be the last character introduction of Super Smash Bros. Ultimate. There will be no more DLC after this one. We can follow it live from Nintendo’s YouTube channel.

Beyond Blue, Switch Analysis. The Desperate Song Of The Whales