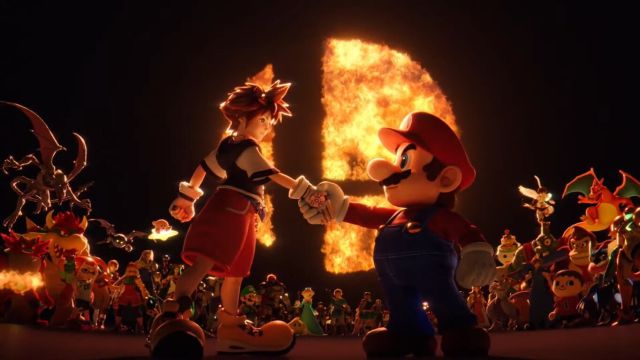 Super Smash Bros. Ultimate: The person in charge of the title tells, as is usual when introducing a character from a large license, how the agreement between both companies was forged. Super Smash Bros. Ultimate is one of the most played titles on Nintendo Switch, it is constantly updated and the inclusion of new characters is one of the great claims for its community. The last to arrive was Sora, one of the main protagonists of Kingdom Hearts, one of the most popular sagas of all time thanks to his commitment to intertwine the universes of Final Fantasy and Disney. Do you know how his arrival in the Nintendo game was forged? Masahiro Sakurai, the main person in charge of the franchise, has explained it to the Famitsu portal.

It seemed difficult, but things went quite fast

Sakurai admits that “the barrier” for Sora to end up in Super Smash Bros. Ultimate was “pretty tough.” Without going any further, he was not very clear about what was going to happen: “despite the high expectations of the players, I honestly came to think it was impossible,” he explains. However, as soon as he had the opportunity to make friends with a Disney member, his thoughts changed drastically. According to him, the Japanese coincided with a senior Disney official at an awards ceremony, at which point he took the opportunity to convey his desire to see Sora in the game’s roster of wrestlers. The answer? Turns out, he also believed that he would be “cool.”

From that moment on, both parties got down to business and sat down several times to have everything under control: “both Disney and Square Enix need to supervise everything Sora does in Super Smash Bros. Ultimate,” says Sakurai, who also He points to the players and asks if they consider the character to be true to his role in the Kingdom Hearts games.

“House of the Dragon” star Steve Toussaint is Not bothered by...

DC’s New Batman Puts the Paranoia of the Snyderverse Version to...