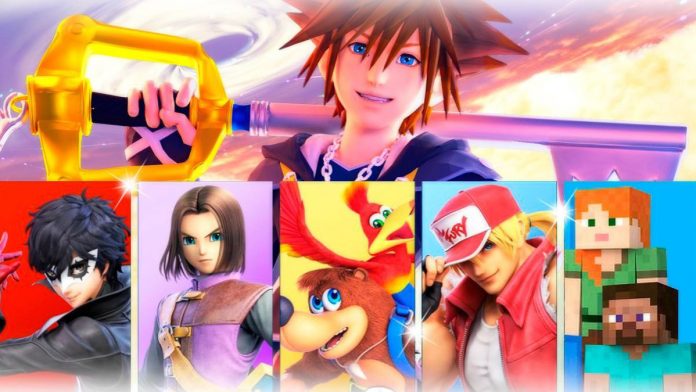 Super Smash Bros. Ultimate: The latest DLC fighter from the hit Nintendo Switch game comes with the Fighters Pass Vol. 2. We review the news of the patch, now available. Sora, the protagonist of Kingdom Hearts, is now available in Super Smash Bros. Ultimate for Nintendo Switch. The iconic character, included in the Fighters Pass. Vol. 2 or as a separate purchase (5.99 euros), comes from the 13.0.0 update of the video game, a patch that includes changes, adjustments and modifications in some characters to guarantee the balance of the game.

Version 13.0.0 of Super Smash Bros. Ultimate is now free to download for all game buyers and features an extensive list of minor changes, tweaks, and modifications. You can consult the complete list, dated this June 29, on the official Nintendo support portal.

The Aspirant Pack # 11 includes Sora as a selectable character on the roster, although it also brings with it new costumes for the Mii fighters (0.80 euros each if we buy them separately), an Octarian hat, Justino’s hat and the DOOM Slayer costume, from the id Software saga.

To update Super Smash Bros. Ultimate our Nintendo Switch must be connected to the Internet. Then, just follow these steps: click (+) on the Super Smash Bros. Ultimate icon for Nintendo Switch and click Update. To keep our replays of battles it is necessary to go to the Chest -> Replays -> Replays -> Save as video, before proceeding with the update.

Super Smash Bros. Ultimate is available exclusively for Nintendo Switch. Until last March 31, 2021, the title already had more than 24.77 million copies sold worldwide. This is the most successful fighting game of all time.