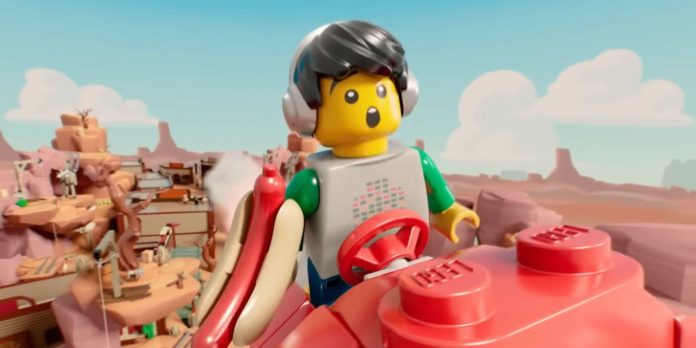 Platform fighting games have grown over the past couple of years, and many developers and franchises are trying to get into the same form that Super Smash Bros. systematized. While not every Super Smash Bros.-inspired game has had the same success as Nintendo’s efforts, the LEGO franchise is making its own attempts with LEGO Brawls. This LEGO fighting game has been available on iOS devices through the Apple Arcade service for the past few years, but now the game will appear on other consoles and PCs later this year.

LEGO Brawls has a gameplay style similar to Super Smash Bros., where it is played on a 2D plane with various platforms and obstacles that players must overcome. However, unlike Smash, the goal of each game is different: This is the King of the Hill game style, when players face each other in 4-on-4 team battles. Moreover, LEGO Brawls offers a reliable character creation system that gives fans the opportunity to show their creativity. The most recent trailer showed exactly when fans will be able to start playing on their chosen platform.

This trailer was posted on both the LEGO Brawls account and Bandai Namco’s Twitter account, and the animated CGI trailer demonstrates what players can expect from the game. This includes a variety of settings and characters that players can choose from, such as a desert stage of the Wild West or a pirate ship with gold and treasure. A ninja-style scene can also be seen before showing the shadow of a dinosaur, which is also a playable character in the game. The trailer ends with a frame announcing the release date of September 2.

Currently, fans can pre-order LEGO Brawls on console or PC, and the demo is even available on Steam if a fan wants to try it out. For gamers who wanted to play with their friends on different platforms, the Twitter account notes that LEGO Brawls supports a cross-platform game. The account also says that there will be a standard version for the launch, and even more content will be provided in seasonal batches.

LEGO fans are treated well this year, because not only this game was released, but also LEGO Star Wars: The Skywalker Saga. This game was released earlier this year and has received critical acclaim and commercial organizations. It covers all three film trilogies of the Star Wars franchise. LEGO Brawls will probably delight fans when it’s released this September.

LEGO Brawls is already available in Apple Arcade. It will be released on PC, PS4, PS5, Switch, Xbox One and Xbox Series X/S on September 2, 2022.

Red Dead Redemption 2 Mod Fills The Game With Snow For...

Scream 5 Gives Us Goosebumps With Its First Official Trailer