Home Entertainment Super Smash Bros. Creator Is Working On A New Project, But It... 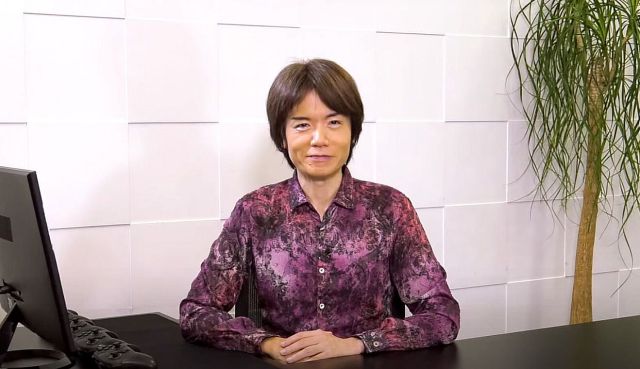 Super Smash Bros: Masahiro Sakurai announces that he is already immersed in the work of his next project, about which absolutely nothing is known. Super Smash Bros. Ultimate has concluded its post-launch plan and it is not clear that they will develop a new sequel, despite the commercial success of the product. Masahiro Sakurai, director of this installment and creator of the saga, has confirmed to Famitsu magazine that he is already working on something new. However, his words make it quite clear that it may not be a video game.

“I’ve been away for a while, but I’m working on something. My eyes may be a bit tired, maybe you’ll see me in the near future on something other than game production,” he said. “I hope see you again in the future, thank you very much for your time”.

The future of Super Smash Bros. is not written

In an interview with IGN, Sakurai himself acknowledged that he still couldn’t think about the prospects for the future. “If Nintendo decides they want to make yet another game and offers me the job, then that’s when I’d start thinking about it.” They are not the only statements that he has made in this regard. “I can’t say definitively that this is going to be the last Smash Bros.”, he pointed out in Famitsu. However, he did admit that he was afraid of disappointing users.

On the possibility that Super Smash Bros continues without creative direction from him, Sakurai cooled that possibility: “I don’t see any way for it to happen without me. To be honest, I would like to leave it to someone else”, but he already tried it and “it didn’t work”.

Masahiro Sakurai has been one of the winners in the awards given by Famitsu Dengeki, which are awarded by the readers themselves. He has received the award for the most valuable creative, an honor that he has thanked on social networks. You can see the list with all the winners at this link.

Super Smash Bros. Ultimate is available exclusively for Nintendo Switch. The title expanded with multiple fighters, stages, music, and other content over more than three years.