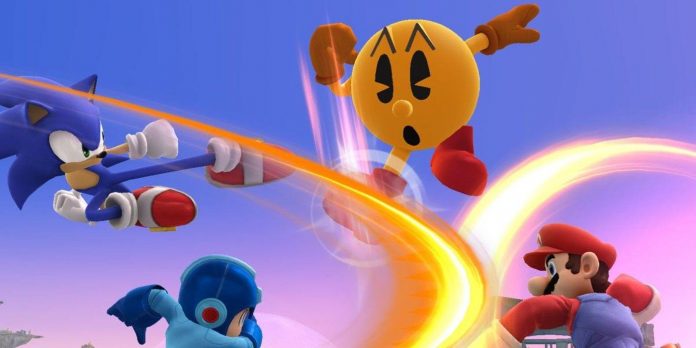 In Super Smash Bros., a character’s moveset is vital to their success, but a few characters have moves that they could probably do without. Be it because they do not gel with the character’s intended playstyle, or maybe they just don’t fit the character in general, some moves can just feel out of place. However, characters’ movesets have changed before, so it’s not unfair to think it could happen again.

Every character in Super Smash Bros. has a fully-mapped moveset consisting of ground attacks, aerial attacks, throws, and special attacks. Unlike many fighting games, every character’s movelist is roughly the same size, with only a few exceptions such as Kazuya and Terry in Ultimate. Generally, almost every character’s moveset includes plenty of flavor from their original incarnation, such as Mario’s fireballs and Samus’ Charge Shot, with exceptions for characters such as Captain Falcon who don’t fight in their home series.

Related: Super Smash Bros. Ultimate: Homie Stocks & Why You Shouldn’t Do Them

Although Mario’s Smash moveset is considered outdated, there are other characters whose kits are more in need of maintenance. By replacing some moves that either don’t work right or aren’t necessary, they could end up in a better place than they were before. For a few characters, in particular, there are some potential changes that pop out immediately.

Yoshi’s moveset in Super Smash Bros. successfully pulls from his own series. His egg throwing, ground pound, and flutter jump all made the transition to Smash quite successfully. Although Yoshi may not be a powerhouse, he is a very solid fighter whose abilities all play a role in his playstyle. However, there is one exception, as one of his moves feels awkwardly shoehorned in without much care for the rest of his moveset. Considering the series is so devoted to character quality that Smash’s Fighter Pass was expanded to include Sora, it’s surprising to see a move stick out so badly.

Yoshi’s Side-B move, Egg Roll, has him curl into an egg and dash from side to side under the player’s control, dealing damage to whoever he hits. Unlike Yoshi’s other special moves, that’s not an ability he has in his own games, and it shows in how bad it feels compared to the rest of his moves. Egg Roll feels slippery to control, it is slow to change direction, and opponents can hit Yoshi out of it early. Even though landing a hit with Egg Roll has some decent power behind it, it is much too easy for the opponent to intercept the move before Yoshi can land the hit.

A better Side-B could be pulled from one of Yoshi’s own games like the rest of his specials, such as one of the SNES’ best games, Yoshi’s Island. For example, he could spit watermelon seeds as he like in Yoshi’s Island as a secondary projectile, or even use the fire or ice fruits from the same game. Yoshi is a very competent combatant in Smash Bros., but Egg Roll is an obvious weak link in his moveset.

Sonic Does Not Need Two Spindash Specials In Smash Bros.

Sonic making his debut in Super Smash Bros. Brawl was major news at the time, as he and Mario would be meeting in a game for the first time. His underwhelming Final Smash aside, Sonic has carved out a niche for himself as the fastest fighter in Smash, with combo potential to match. However, Sonic’s gameplay can feel repetitive due to his special moves.

Out of Sonic’s four special moves, two of them involve him using his Spindash, a move famous enough to be recreated for a Sonic-themed Elden Ring character. While the two moves have slightly different mechanics, they look and feel almost identical. At times it can feel like Sonic only has three special moves due to how similar the two Spindash attacks are. Sonic needs a bit more variety in his moveset, and with two moves that are so similar to each other, removing one and replacing it with a more distinctive option sounds like an attractive idea.

Removing the Down-B Spindash would be the better option since the Side-B dash is better for combos and maneuverability. Sonic’s games have him doing more running than direct combat, but he still has some options. For example, the tornado move from Sonic Heroes would make for a decent special, or perhaps a speed-based counter dodge. Sonic has plenty of abilities from his adventures, and the Sonic Origins collection of classic titles reinforces that. Surely he has more to offer than just his Spindashes.

Pac-Man’s moveset in Smash Bros. is pretty good in general. It has plenty of fun references to his arcade roots as well as being quite effective in a fight. He feels like a character who is put together very well, and he feels good to play. However, one of his specials doesn’t feel like it fits with the rest of his kit.

Pac-Man’s Fire Hydrant works fine enough mechanically, but it doesn’t feel as iconic to Pac-Man as the rest of his moveset. Pac-Man’s home series may have originated with mazes, but with Smash Bros. needing more variety, Pac-Man’s origins have plenty of interesting things to bring to the table in terms of his moveset. While Pac-Man’s ghosts in his smash attacks, as well as his power pellet dash, are great shout-outs, the fire hydrant was an obstacle in Pac-Land and is not something that comes to mind when one thinks about Pac-Man. Rather than being unsatisfying or outright bad, the Fire Hydrant’s downfall is a lack of natural connection to the character, and one could consider replacing it with another aspect of Pac-Man’s history.

Pac-Man needs something to replace the Fire Hydrant in his moveset and with the remaster of Pac-Man World coming soon, something from that game may be appropriate. For example, his rev roll and pac-dot throw could be potential candidates, especially since both could be interpreted into Smash in interesting ways. Pac-Man is already a fun character to play, but one small tweak to his moveset could make him even better.

For the most part, Super Smash Bros. does a fantastic job with designing its characters, their movesets, and their playstyles. However, no game is perfect, and a few little tweaks could make the experience of playing some characters even more satisfying. Whatever the future holds for Super Smash Bros., it will hopefully lead to better movesets and character designs for everyone.