Home Entertainment Super Nintendo World Will Open In 2023: The Theme Park Heads To... 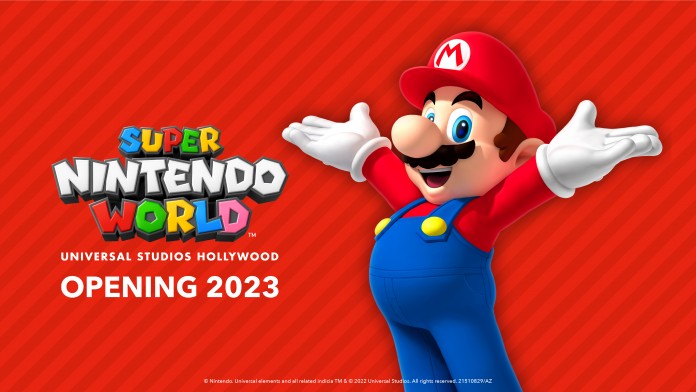 In the absence of knowing more specific details, Super Nintendo World in Hollywood is the materialization of an agreement that ratifies the great relationship that currently exists between Nintendo and Universal. Super Mario movie; amusement park in Hollywood; one more planned for Florida at Universal Orlando’s Epic Universe theme park; another in singapore

Super Mario World will land in the United States: Nintendo’s first park in the West

But the next stop will be Super Mario World at Universal Studios Hollywood sometime in the year 2023. This theme park will have exclusive products from the Super Mario universe —hopefully they will be themed for this particular park, just like in Japan—and attractions based on the mustachioed man and the rest of the characters from the Cahmpiñon Kingdom.

Inside the Magic anticipates that the land on which this new Super Nintendo World is being built in Universal City, Hollywood, is slightly smaller than that of Japan, of considerable dimensions. What will not be missing are interactive elements, apart from the merchandising itself. We do not know if Universal Studios Hollywood will also have the presence of the interactive bracelets seen in Japan, which connect to an app and monitor our activity in the park.

Regarding the aforementioned Super Mario movie, we know that it will be CGI and is planned for its debut in theaters around the world at the end of 2022. Chris Pratt, the actor who plays Peter Quill in Guardians of the Galaxy, will voice the well-known plumber.

Weekly Episodes Vs. Seasonal dumping: which is more successful?

How can you watch Simoneta on Netflix?