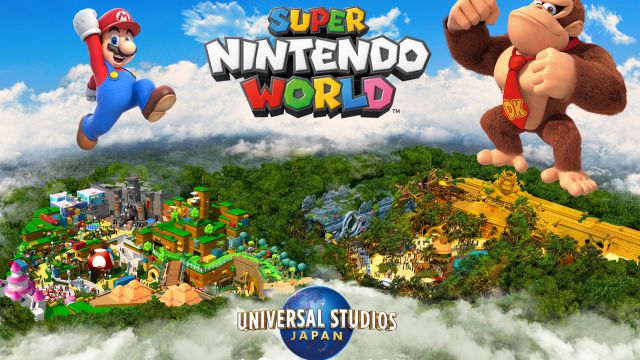 Super Nintendo World: Universal Studios Japan announces that this new section will introduce a roller coaster, interactive experiences and merchadinsing. The Mushroom Kingdom came to Universal Studios Japan from the hand of Super Nintendo World, a themed area dedicated to Mario and his friends (and his enemies). The Japanese theme park will continue to work on this particular universe, which, as was already known, was going to have a space reserved for Donkey Kong. Now, in a press release, they have reported that the opening will take place in 2024.

“Since we opened Super Nintendo World at Universal Studios Japan, we have captured the attention of fans and visitors, who have continued to level up with their enthusiasm,” they say. This thematic area will have different attractions and entertainment points starring the best-known Nintendo characters.

“To continue deepening the immersion of visitors within the Nintendo game sagas, Universal Studios Japan will expand this world to add a new themed area with Donkey Kong.” In addition to a roller coaster, of which they have not provided details yet, will include more interactive experiences, themed merchandising and food ”. Those who attend will be able to enjoy the jungle when the thicket catches them in 2024.

Donkey Kong is one of Nintendo’s oldest characters along with Mario. The gorilla was born as the villain of a classic arcade title, which was later released on the Kyoto company’s home machines. Forty years have passed since its premiere, although on the anniversary, which has been fulfilled this year 2021, no new title has been announced.

We will see him, however, as one of the characters in Mario Party Superstars, the popular holiday title for Nintendo Switch, which will introduce 100 of the most iconic minigames of the saga. Meanwhile, gorilla fans will have to wait for the arrival of his next adventure. His most recent game is Donkey Kong Country Returns: Tropical Freeze, a port of the Wii U title.