Home Tech Super Nintendo World is already on the trains 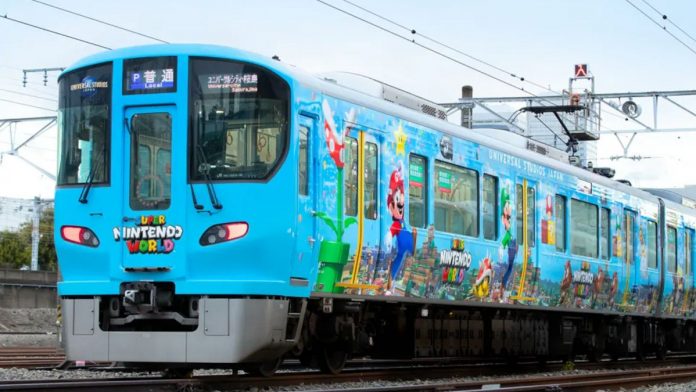 The theme section of the Universal Studios Japan amusement park will still delay its opening due to the coronavirus.

Osaka’s JR Yumesaki line looks like the Mushroom Kingdom, with a print decorated with the colors and characters of Super Mario and his friends (and enemies of him). It is the advertising of the new section of Universal Studios Japan, nothing more and nothing less than Super Nintendo World. The theme park was scheduled to open the doors of this new world on February 4, but the health situation has forced it to delay its opening once again.

And it is that the coronavirus epidemic has not given truce in the world. The increase in infections in Japan has also reached Osaka, the prefecture where the amusement park is located. Given the seriousness of the situation, the Japanese Government has decreed a state of emergency, so it is not clear when we will be able to visit the new section dedicated to Mario, Luigi and company. For now, we will settle for looking at the vehicle, which yes, inside is shown like any other Japanese train.

In a press release published by Universal Studios Japan, the studio explained that although the opening of the section has been delayed, the publicity has been launched to steal a smile from those who ride the train, and with the hope that better times come sooner rather than later.

On the delay, the theme park “sincerely apologized for any inconvenience” it may have caused to visitors waiting for Super Nintendo World like May water. And it will be necessary to see if that month is already open, since the organization has reported that the date will be decided and announced after the Government shelves the emergency declaration. The authorities of all countries are trying to get new doses of the different vaccines that are being used to combat the coronavirus.

100 new games will be added to Google Stadia this year

Cardano founder explained why 7 out of 8 founders left Ethereum