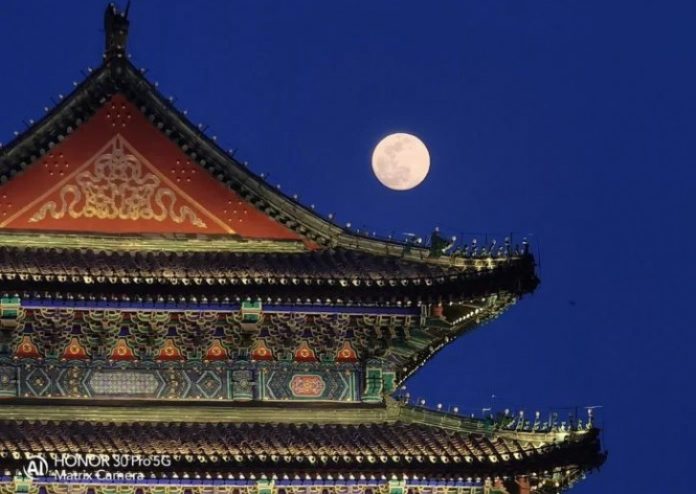 Honor shared photos of the Super Moon taken with the Honor 30 Pro, which it is preparing to release soon. The photos taken show that the phone can come in a similar mode to the Moon Mode we saw on the P30 Pro last year.

The world witnessed the Super Moon last night, where the Moon was closer than usual and looked bigger. Honor did not miss this opportunity and shared the photos of Ay with the Honor 30 Pro. The photos taken also showed that the smartphone could come with the Moon Mode feature.

Huawei, the parent company of Honor, shared some admirable photos by introducing the P30 Pro with the Moon Mode earlier this year. The company had marketed the Moon Mod by promoting it in various cinemas as well as in the end of the Avengers: Endgame movie, as well as various advertisements.

Super Moon images taken with the Honor 30 Pro
The previously rendered images showed that the Honor 30 Pro could include the 50 MP Sony IMX700 sensor used in the Huawei P40 series. The second picture taken points towards the periscope camera, which is confirmed in the same leak.

The Honor 30 Pro will offer premium features such as the Kirin 990 5G chipset, 8 / 12GB RAM and 126 / 256GB internal storage. The device is expected to come out of the box with the Android 10 based Magic UI 3.1 interface. In addition, the phone was talked about its future with a triple rear camera setup that includes the main camera, ultra-wide-angle sensor, and telephoto lens.

It is difficult to evaluate the camera performance of the phone only from samples shared by the brand, but still the photos look impressive. The Honor 30 Pro will be officially released on April 15.

Sales record from Vivo: Up 369 percent