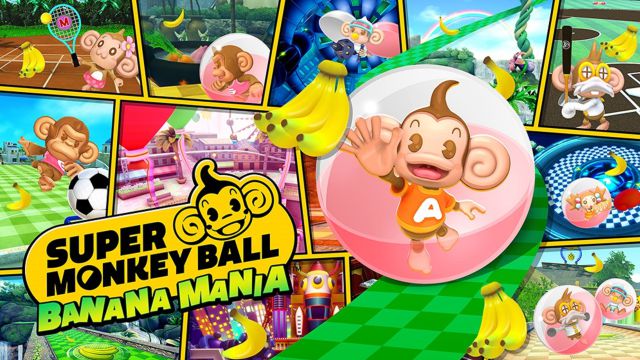 The compilation will include more than 300 levels and mazes, 12 minigames and a cast of characters that veterans of the saga will recognize instantly. The studio wanted to stay true to the original products, with the intention of celebrating the 20th anniversary properly.

Leaked ahead of time

In today’s age, where information moves rapidly through the network, it is increasingly difficult to escape leaks. Before they are officially announced, many video games are leaked ahead of time, sometimes because the agencies that classify titles by age go ahead and publish the tab ahead of time. That’s what happened to Super Monkey Ball: Banana Mania, the new SEGA for Nintendo Switch. After several images and the cover were leaked, it has finally appeared in the Nintendo Direct.

In the vein of the titles of this saga, the new Monkey Ball gives us bananas, yes, but also platforms and action. The return of the character has occurred some time after its director, Masao Shirosake, explained that the future of the saga depended largely on the response of the players. “I am very grateful to the fans who still support the Monkey Ball series after all these years; and that motivates me to always create the best for her, “he said in an interview with Crunchyroll, which we picked up on MeriStation.

In Shirosake’s words, the success of Banana Blitz HD depended on the development of more remakes or a completely new installment. “It would make me very happy to know that people are having a great time with Super Monkey Ball: Banana Blitz HD,” he emphasizes. To date, this was the last title in the series, which was released in 2019 for PS4, Xbox One, and Nintendo Switch.

2021 is an important year for SEGA. The Japanese company celebrates 60 years since its foundation. What’s more, his mascot blows out candles as well, since three decades ago Sonic made his first appearance on the company’s 16-bit console, MegaDrive.