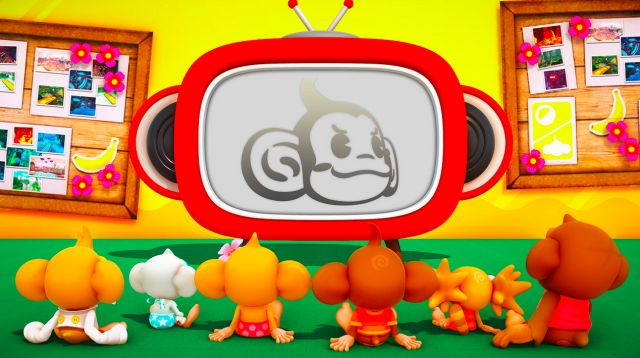 Super Monkey Ball Banana Mania: We analyze the remaster or better to say remake? from Super Monkey Ball Deluxe, the compilation of the first two installments of the saga, which turns 20 years old. What are 20 years in the life of a monkey? Well, according to Google, it depends. If it is a mandrillus sphinx, a la Rafiki, that of the Lion King, they are everything, because they only live that long. But if we talk about a pongo pygmaeus, like King Louie from the Jungle Book, they are barely half his life. In the case of AiAi, MeeMee and company, the monkeys of Super Monkey Ball, 20 years are the ones that have been anchored to our hearts, giving us as many joys (with the memory of the original games) as dislikes (with their sequels). But there is no doubt that it is an important date and worth celebrating. A birthday that Sega has not missed either and has decided to celebrate with a new installment in the series: Super Monkey Ball Banana Mania. A tribute to its origins that aims to resurrect those first installments with the appearance of a carnivorous plant (colorful and friendly from afar, even childish, and dangerously addictive and exasperating at the controls, with crazy difficulty).

And the game has ended up being a candy. It comes out at a reduced price (39.99 euros on console, 29.99 on Steam) and yet it is the Monkey Ball with the most content in the history of the saga. Most of it is recycled, true, but at least the selection is made judiciously and treated with love. Banana Mania serves as a compilation and remastering of the first two installments of the franchise, the most legendary: the original Super Monkey Ball from 2001 and Super Monkey Ball 2, a year later. The most staunch fans of the series will remember that back in 2005 there was already a compilation of both games called Super Monkey Ball Deluxe and added up to 46 homegrown levels. Well, those are also included here. In fact, it could be said that more than a remaster of the first, this edition is actually a remake of Super Monkey Ball Deluxe.

We have practically all of its contents back, which translates into 330 levels and 12 minigames, or what is the same, hours and hours of fun at the controls. But like all remakes, Banana Mania also brings with it some important changes and news. To begin with, they have modified the difficulty of some phases (calm, this has an asterisk and we will talk about it later), they have eliminated the life system and tweaked the physical ones a bit (DEP Monkey Target, where they have completely spoiled them). In turn, the graphics have been updated to Unity to bring them in line with the visual and artistic section of modern Monkey Balls (from Banana Blitz onwards). And the same happens in the field of sound: the music is totally new (the original, beware of crime, is sold as DLC) and the sound effects, such as the one that our ball makes when moving, are those of Banana Blitz and his heirs , not the ones that were 20 years ago.

They are nuances, small modifications that do not spoil the experience, but before which some other fan of the first ones will frown and say “this is not exactly how I remembered it”. We are talking about very specific players, those who still have nightmares about Helix and have practiced so much that they notice how the ball accelerates a little faster than in its day. But even these will have to admit that the end result is remarkable and practically identical. The subject of lives is debatable (in our opinion it would have been better to leave it as optional), some parts could have aged better (the camera) and certain tweaks or changes can be improved (like the Aim Aim minigame), but there are many, many more good than flaws. It should also be remembered that this Super Monkey Ball Banana Mania is not limited to recycling, but also brings new content.

“Crash Course in Romance” Topped The Rating of The Most Popular...

“I ended up in an elevator with my idols, Gerrard, Fowler...