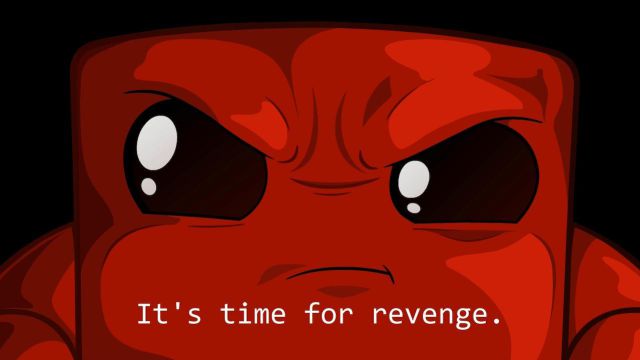 The sequel to one of the best 2D platformers in history has turned out to be a game full of controversy and change, but just as challenging and addictive.

When a developer doesn’t send you code for an analysis (or sends it late) and your text comes out after the rest, let’s face it, any writer feels the breath of Metacritic on their neck. The loss of interest in your piece, of that criticism that anyone will be able to read before in 1,200 other sites, is bad enough, but on top of that, you have to be careful not to see the notes of the rest and not let yourself go. influence by what others have previously said. That seems easy, but it is not. You often remember what your parents said: but what difference does it make to you what others think? Well, look, mom, most of the time it comes off me, but there are others where it does, it does affect me and it matters. No matter how many armor you wear and how many walls you build around you, there is always something that ends up hitting you from the inside. Imagine that suddenly you fall in love with a game like Super Meat Boy Forever and, when you get home and preach your love to the world, you go and discover that you are a Montague, Meat Boy a Capulet and your relationship, something impossible. Because that is how society has ruled it. Because as you start talking to him in verse, or chasing him around the balconies, they will look at you badly on forums and social networks, you will start to hear the briefcase joke and many will assure you that you have thrown away the credibility of your magazine. Not to mention the lack of respect and the persecutions. That being the case, who would not be affected? Who wouldn’t be tempted to take a look at pages like Opencritic to take advantage of the fact that it comes out later, get out of trouble, put on an even number and let the text speak for itself? Everyone, absolutely everyone. But of course, that’s where professional deontology comes in, also known as the wonderful end of Ratatouille, which taught us that “negative reviews are fun to write and read, but there are times when a critic has to take a risk for discovery and the defense of something new ”. And that is what we are going to do today. All this spiel has been to gather courage and tell you that, despite the consequences and even being aware of the 4 that users have cracked, we liked Super Meat Boy Forever a lot and we are going to defend it tooth and nail. Because we are late, but wanting to fight.

A sequel peppered with controversial decisions

The good thing about showing up late to the party is that we can cut to the chase. By now we all know the host and, to a greater or lesser extent, we have heard of the controversies that accompany him. Reviewing them to the flying pen, Super Meat Boy Forever has undergone review bombing for five reasons: it is an auto-runner, it barely uses a couple of buttons, it was conceived as a mobile game, it has procedurally generated levels and it has been developed without it. creator of the original Super Meat Boy, Edmund McMillen. In the museum of zeros of Metacritic, most of the showcases expose these reasons as justification for everything. We are not going to deny that the change is huge and that it takes time to get used to it. Super Meat Boy Forever is aware that it cannot beat its predecessor. At the end of the day we are talking about one of the heights of two-dimensional platforms and one of the titles that broke the glass ceiling of indie games. Around him there is already both myth and reality. So instead of following in his footsteps and condemning themselves to perish under his long shadow, Super Meat Boy Forever chooses to rebel against his father and seeks his own path. If you are of a conservative nature with the sequels and you do not carry the changes well, this installment is going to drive you crazy. It’s almost best to stick with The End is Nigh, McMillen’s brilliant bastard son, who, while also having some differences, has much more in common with the original formula. But if you are willing to give the news a sincere opportunity (just not, sincere), you are going to find another great platform in Super Meat Boy Forever. You may not have to swear in this type of text, but this is a game in which there is more blood than in a Tarantino movie and in which more combs are made than sometimes say fuck in Scorsese’s filmography. And hell is the softest thing you are going to release from your mouth when you die for the forty-hundredth time.

Galaxy Tab S7 and S7 Plus are updated with OneUI 3.1