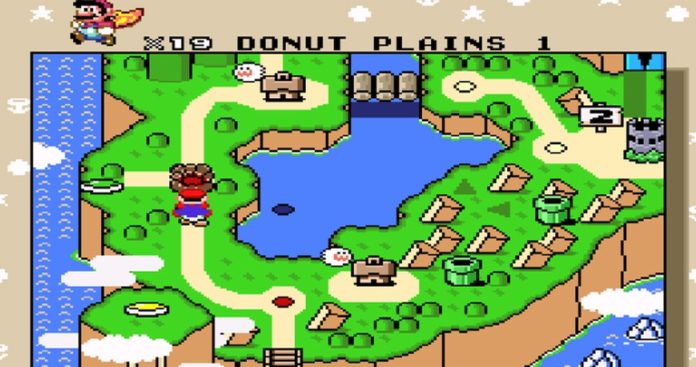 Super Mario World, originally released in 1990 for the Super Nintendo, is one of Nintendo’s most nostalgic games. Still, the title reserves several mysteries for those who only played in childhood. Currently, it is possible to play it on more modern platforms, such as New Nintendo 3DS, Wii U and Nintendo Switch – the latter as a bonus when subscribing to the Nintendo Switch Online service. Check, in the following lines, the best tips to do well in the Super Mario World adventure that marked the 90s, in addition to knowing some useful secrets.

Red, yellow phases and secret exits
A detail that may go unnoticed at the beginning is that Super Mario World gives a small visual hint when its phases have more than one exit. On the game’s world map, which gives access to the levels, you can see that some stages have different colors. The yellow phases are the simplest ones, which have only one output, while those that flash red are those with two or more outputs. Ghost Houses also usually have more than one outlet, but they have no visual indication of this and require more exploration.

Using the Switch Palaces
There are three “Switch Palaces” scattered throughout the game that, once activated, make certain blocks appear where previously there was only a colored outline. The first one is the easiest, the Yellow Switch Palace, on the left route on Dinosaur Island. The others are more hidden and require the player to find secret exits in the levels to access them. The green palace is accessed by Donut Plains 2, the pink palace by Vanilla Dome 2 and the blue palace by Forest of Illusion 2.

Yoshi Coins
Scattered throughout the stages are five Yoshi coins, which can be collected to earn an extra life by purchasing the fifth. They are not always in easy-to-find locations and, in some of the more difficult stages, there is no point in taking the risk to catch them. Despite this, whenever they are accessible, they are good sources of extra lives.

How to exit completed levels
After you have already completed a level, you can return to it and leave at any time. To do this, just press Start and then Select when the game is paused. It is a useful function when the player is looking for secret exits, but it is even better used to take lives, power-ups or even Yoshi in easier stages and then leave.

Extra jump with Yoshi
A well-known trick is the double jump when Mario is mounted on Yoshi, using the dinosaur as an impulse to take an extra jump in the air. Just press button A in the air, the same one normally used to get off the mount, and Mario will be propelled upwards. This extra jump can be used to access high places and even save the player from certain death in an abyss.

Vary the Power-Ups
The cover is clearly the best Power-Up in Super Mario World, but it is worth occasionally changing your repertoire for certain stages, especially the water ones. If you are having difficulty passing a specific part, consider using the fire flower or even trying phases with and without Yoshi. Each power-up generates a different experience in the game, so there is no need to spend the entire game with only the cover.

Top Secret Area
Near the start of the game there is a secret area very useful and easy to access: the Top Secret area. In Donut Plains’ first Ghost House, with the cover’s power-up, players must take a little distance from the point where they start the stage and run hard to the left. When Mario is at high speed, jump to fly and you will be able to see a hidden area at the top of the level. This area leads to an exit that opens the way to the Top Secret Area. It is a “stage” with only power-ups and a Yoshi egg. The player can revisit the area several times and gain lives when he already has a Yohsi.

How to access Soda Lake
One of the most difficult stages to discover is Soda Lake, and most players go through the game without accessing it. To access this part you need to go to the Cheese Bridge Area level, have the power-up of the cover, a Yoshi as a mount and keep them until you get close to the end of the level. At the end, instead of going through the gate, hold the jump button to slowly descend with the cape and go under the gate. After going through it, press A to jump from Yoshi and stay behind the gate. There, Mario will find a moon that is worth three lives and the secret exit to Soda Lake.

How to access Star Road
There are a number of secret exits that lead to a world in the stars, where the player can get special Yoshis. They start at Donut Plains 1 when flying near the end of the level. In Donut Secret 1 there is an entrance by taking the P button to an area with a question mark. Finally, at the Ghost House called Donut Secret House, go through the ghost and enter through the first door. Thus, you will arrive in the second part of Ghost House, an area full of doors.

Look for the P button on the left. Load it by holding Y and fly the cover to the right until you see an area at the top. Step on the P button and a blue door will appear, inside which you will have to face a Boo. Hold Y to hold a block, press up and release the button to throw blocks up and hit Boo when he is visible. After all this, a teleport to Star Road will be released. There are several secrets in the stages of Star Road, but some require you to have passed through the Switch Palaces.

Effects of different hulls
Yoshi can swallow the different colored turtle shells that appear in the game, but what not everyone knows is that each shell gives a different ability to the dinosaur. When swallowing a green hull, Yoshi can spit it out like a projectile. While swallowing a red hull, it can spit out a wave of fireballs. The blue hull is one of the most useful, as it guarantees wings for Yoshi. Finally, the yellow hull causes it to emit clouds of sand when it steps on the ground. If you keep a hoof in your mouth for too long, however, Yoshi will swallow it.

WHO: There Is A Medicine We Think It Will Work Against...

Samsung Galaxy S21 Ultra to be compatible with S Pen