We have no doubt that the Apple M1 chip has great potential, since it was already able to emulate Windows 10 on ARM with superior performance to machines dedicated to the Microsoft operating system, however today we have another surprise through the feat of a developer who managed to emulate Nintendo Switch games on the Mac with ARM chip.

The developer identified only as @daeken was the one who presented the feat on Twitter. The emulation of the games is almost perfect, except for some limitations of the MoltenVK runtime library, which allows the execution of Vulkan applications in the Apple Metal graphic structure.

Check out the emulator in action:

I'm so fucking proud of this. It only gets a few frames into the game before it hits the first MoltenVK limitation, but damn. pic.twitter.com/NcLIBLWOPz

According to the developer, another tested title was The Legend of Zelda: Breath of the Wild. It is also stated that the process of porting the Switch games to the system is relatively easy, as long as you have the necessary knowledge, after all both use ARM chips.

In addition, an 8-Bit report states that the same could be done on iOS and iPadOS, taking the emulator to iPhones and iPads with sufficient processing power. This would also require that the Hypervisor framework be made available for these platforms, the same used to emulate Windows 10 on ARM that we have already mentioned. 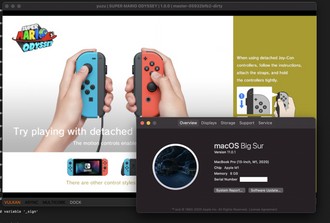 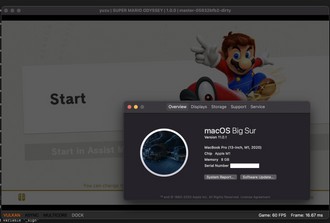 It is worth remembering that the possibility of an official Nintendo emulator being released for iOS is practically nil, after all the company is totally against this type of practice, which may even result in legal penalties on its part.

On the other hand, it is impossible to deny that this achievement is really impressive and counts one more point in favor of the Apple M1, which is becoming more and more a “Swiss Army knife” in the hands of the developers.