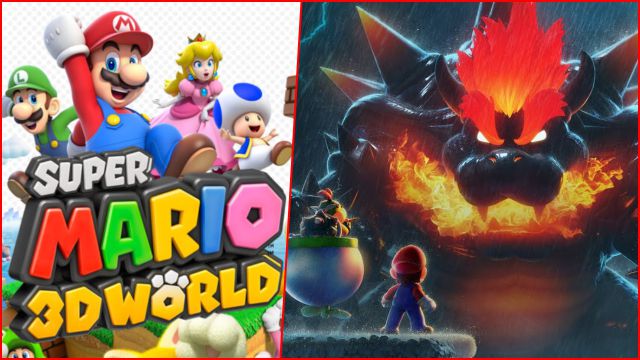 Bowser’s Fury is the unreleased content that will accompany the launch of Super Mario 3D World exclusively for Nintendo Switch on February 12.

Nintendo publishes a new trailer for Super Mario 3D World for Nintendo Switch. The footage, of just over 2 minutes, focuses on the unreleased content that will accompany the launch of the game in the hybrid. Let’s remember that the base title was part of the Wii U catalog, back in 2013.

The new World; released on February 12

The force of Bowser’s Fury will take us through a new world composed of several levels connected by a great sea, in which we can move with complete freedom. The seen supposes a change of level in front of the original adventure. You can see the full trailer at the top of this news. The arrival of this delivery is part of the framework of Mario’s 35th anniversary, in which a special model of the Nintendo console has been confirmed with red and blue motifs, the colors of the plumber.

Another novelty in this version is the long-awaited local and online cooperative mode. Up to four players can venture through all of Super Mario 3D World at once. Each of the participants will play a character from the game, between Mario, Luigi, Peach and Toad. Regarding the content of Furious Bowser, it can only be played alone. You must be a member of the Nintendo Switch Online service to use social features. Know the subscription in this link.

Super Mario 3D World + Bowser’s Fury is scheduled to launch on February 12 exclusively for Nintendo Switch. An amiibo figure pack will be released on the same day, consisting of the Mario Felino amiibo and the Peach Felina amiibo. Both will offer bonuses to users who use them in the game. On the other hand, given Bowser’s prominence, his and Bowsy’s amiibo will return to stores. Like the feline duo, the two antagonists will have ingame advantages.