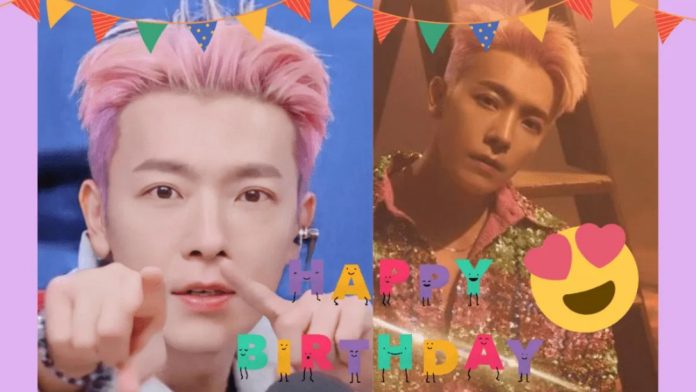 Super Junior’s Donghae is celebrating, because today is his birthday and ELF celebrates it in a big way, but do you already know the most basic data to follow the career of the singer and dancer?

Lee Donghae was born on October 15, 1986 in Jeollanamdo, Mokpo in South Korea, although he is now one of the most beloved and outstanding K-Pop stars , his first dream was to become an athlete thanks to the influence of his father.

Later he learned about singing and music, so he began studying to hone his skills to become a celebrity, later he entered as a trainee with the SM Entertainment agency and signed a contract.

From that moment he was in some musical projects and his representation company wanted him to debut in another group, but the plans changed and years later he was included in the official Super Junior lineup .

Today that ELF celebrates the birthday of Donghae , we leave a list of 5 things, curiosities or data to follow the career of the singer Super Junior. Did you know that it is very good to pronounce Spanish?

Donghae was not going to debut in Super Junior

Before debuting as a member of Super Junior, SM Entertainment had plans to launch their music career with the group Smile , can you imagine Donghae in another boy band ?

Leeteuk would also be in the project, but they canceled the group’s performance and SM included them in Super Junior.

Throughout his career in front of the spotlight and on the stage, Donghae added to his list of professions that of singer, dancer, rapper, songwriter, actor, producer, model and businessman.

His height is 1 meter 74 centimeters, he weighs 59 kilos, his blood type is A, while his zodiac sign is Libra and the Chinese is Tiger.

Super Junior is a group that has great stages in their career and some of them are the launch of subunits , but which ones does Donghae belong to ?

Donghae is a member of Super Junior M and Super Junior D&E, what are your favorite songs from these sub-units?

Super Junior indulged their Latin American ELFs with iconic collaborations such as: Leslie Grace, Reik and even a cover by Luis Miguel.

On some tracks, Donghae shared with us his good Spanish pronunciation, which made a special match with talented fellow band members.

The Witcher 4 Won’t Be Developed With Crunch, Promises Director