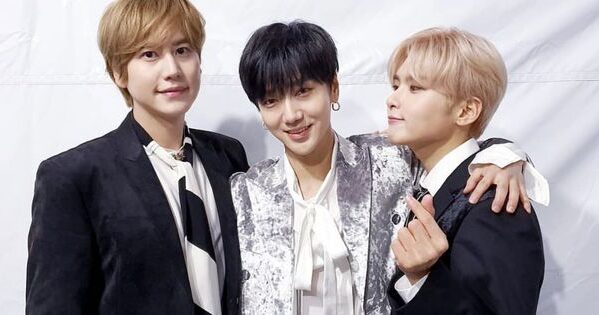 Super Junior K.R.Y, the first official K-pop subunit, was formed in 2006 and is made up of the group’s vocal line, Kyuhyun, Ryeowook, and Yesung, whose initials form the name.

June 8 will be the day they release their first mini album after almost 14 years of career, the individual teasers have already been revealed, we tell you the details.

Through Super Junior’s social media, SJ Label shared the photos and videos of “When We Were Us”, album title. The images that were revealed show the two concepts that they will launch, “Cool” and “Pure”, where they model with a dark aura, but also a theme inspired by summer and with warmer tones.

Videos of each of the members showing the photoshoot for the album were also published, in addition, they reveal the first preview of their main song.

In the clip, what could be the instrumental version of “Where We Were Us” is heard, apparently, it will be a ballad, a specialty of this subunit, who have conquered ELF with their voices and songs like “Dorothy” or “Point of no return ”, among others.

Each of them has already debuted with their own solo albums, proving that they have great vocal talent.