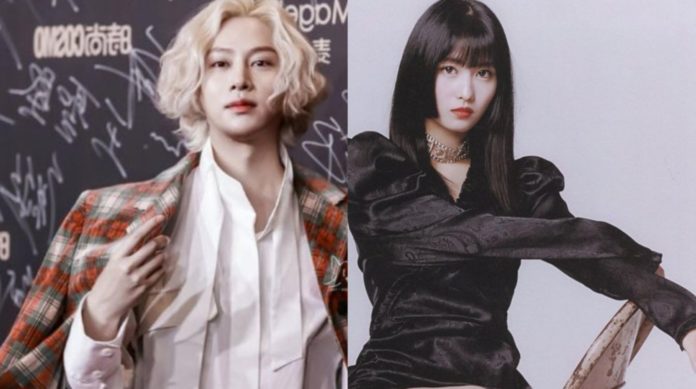 Just like last year, 2020 has also started with the revelation of a couple in the world of K-Pop. While the last two days were full of tension and speculation about what relationship Dispatch would reveal, many rumors began to emerge.

Later two names began to circulate in social networks: Heechul of Super Junior and Momo of TWICE. Although everything was initially denied, it was later confirmed that both maintain a relationship. OMG! We tell you everything we know about it.

After the rumors that Heechul and Momo were in a relationship circulated again on social networks, Label SJ and JYP Entertainment decided to end the rumors and released two statements confirming their romance.

According to the words of Label SJ and JYP Entertainment, Heechul and Momo would have started their relationship a short time after having had a beautiful friendship. However, it is believed that they actually have 2 years dating.

The reactions around the relationship of idols were not expected in social networks and the public has been divided into opinions. While some emphasize the age difference between them, many are very happy to see Heechul and Momo together and wish them the best in their relationship.

While the K-Poper community was waiting for the first relationship of 2020 to be revealed and with many rumors that this could be to include two people of the same sex, Internet users asked the fandoms of the revealed couple to support them a lot, since that their career and their lives could be harmed by such disrespect for their privacy.

What do you think about Momo and Heechul’s relationship? Leave your comment.

Cardi B releases the extract of an unreleased song on Twitter!...