Home Celebrity SUPER JUNIOR, EXO, NCT AND MORE, THESE COULD BE THE SM PLANS... 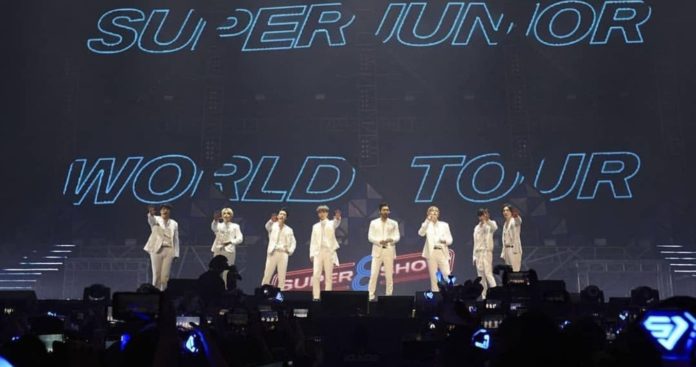 Are you SM stan? It does not matter if you only belong to one of the fandoms of the groups that the company SM Entertaiment manages, apparently the list of projects that all its artists will have was revealed.

New albums, repackages, solo debut, new groups and comebacks? We tell you everything we know.

Through the social networks, an image circulates with the supposed information of the plans of EXO, Super Junior, NCT, Red Velvet and a supposed new group. Some of them are already confirmed.

The boys announced in their Christmas video that they are preparing for repackage, so ELF will have to wait for the new re-edition of “Time Slip” and according to rumors, the new comeback will be made in January.

We know that due to the condition of his leg, he has not been able to promote with the group as before, therefore, during a broadcast he made on his YouTube channel, Heechul revealed that he will have a solo project. ELF and its subfandom named Petal will have their first solo material.

Another of the supposed surprises is the new women’s group that will debut the SM, for months there have been rumors that the company prepares new idols, because currently it only has soloists and Red Velvet active.

Seulgi could make his solo debut, Taemin and Kyuhyun could comeback by themselves, as they have shown that they are one of the company’s most popular soloists.

Rumors suggest that WayV will have its first full album even NCT could debut the NCT Q subunit, remember that NCT Dream has an uncertain future, since its members are already of age.

So far, only Heechul and Super Junior have confirmed their projects, hopefully SM soon for more news.

Ariana Grande tackled in a piece of Eminem: the fans do...