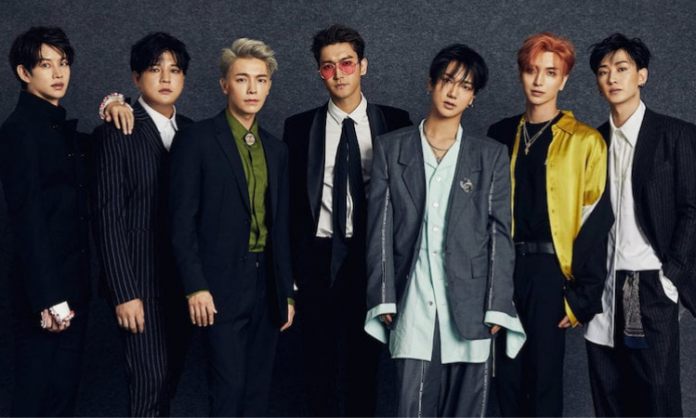 With 15 years of experience, Super Junior has become one of the most legendary K-pop groups in the world and now, it has been announced that the SM Entertainment group will launch new content for their beloved fans, in this opportunity, a new documentary!

SuJu member Leeteuk recently connected with his fans on a live broadcast where he gave some spoilers about the group’s upcoming comeback and more, but among all, he revealed that Super Junior will have a special documentary for their 15th anniversary.

In addition, the idol mentioned that he cried a lot while watching it and that probably ELF (Super Junior’s fan club) would too, which further increased the expectation and generated a great commotion on social media.

This is not Super Junior’s first documentary, because thanks to its excellent musical career, the group already has: “Super Junior MBC Super Show 5 Documentary” and “ MBC Special Super Junior dreams of being a K-Pop legend” . Documentaries in which everything the group went through to make their presentations and how much they suffered to get to where they are today is recounted.

From their perspective, Super Junior narrates what its 13 members had to go through to tour Asia, Europe, and America. In both documentaries, sensitive fibers of his life are touched, from his beginnings in the world of K-pop suffering rejection for being a project group, the number of members, events that changed their lives forever, family losses and much more.

The existing documentaries seek to express the strong connection that Super Junior managed to obtain with ELF over the years and now, with the announcement of this new documentary on the occasion of its 15th anniversary, the group is expected to expand the panorama further. of his career alongside his fans, creating even stronger ties with each other.

For now, ELF is waiting for new details about the next Super Junior documentary and they have even been cheering on different social networks for it to be broadcast on global platforms like Netflix.

Have you seen the first two Super Junior documentaries? Are you anticipating their new content?