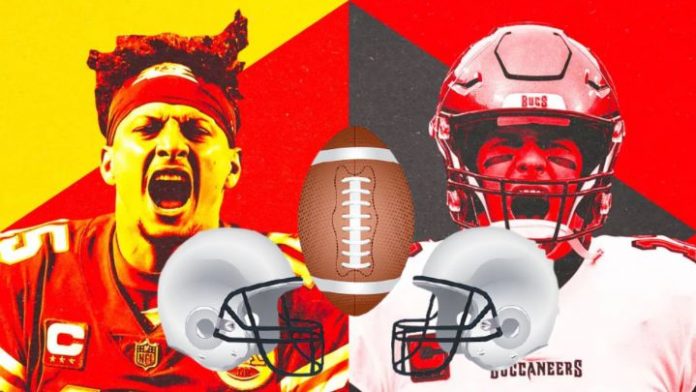 In America, everything is a pure spectacle, be it a presidential election – although this year has been the festival of the ‘cringe’ by the now forgotten Donald Trump – or the end of a series. But if we enter the sports field, then things are already skyrocketing. And although things like the Champions League final draw millions of viewers, nothing compares in spectacularity, budget or epic to the Super Bowl final.

The final of the United States football competition is the event that holds an entire country each February, and calls viewers from all American states to sit in front of their TVs. Especially this 2021, a complicated year after an impossible 2020.

And it is that, from the spectacle of the rest to the TV commercials that are seen between each quarter -and that are the most expensive advertising minutes of the year and in the world-, the Super Bowl is pure USA. And this year, in the LV final of the NFL, the Kansas City Chiefs will once again play a very final after doing it last 2020, in a game that broke their streak of 50 years – which is said quickly – without playing a final since 1970.

And as winners of last year, the Chiefs will try to revalidate their title against the Tampa Bay Buccaneers, a team that plays at home and reaches a final for the second time in its history, and the first in 18 years. A game that is played at Raymond James Stadium in Tampa and will be broadcast at 6:30 p.m. American time,-0:30 in the morning in Spain- and that can be seen in different ways outside the United States.

Watch the Super Bowl 2021 online on TV / mobile
The first and simplest: Are you subscribed to Movistar +? Well then the thing is as simple as sitting down to watch the final, since this platform has been broadcasting the great show of the NFL for a long time. Starting at 00:30 Spanish time on dials 8 and 45, the meeting will officially start. You can watch it from the TV, or also from the laptop, tablet or smartphone installed the Movistar + app to have the live signal on these devices if you are not going to be in front of a TV.

Just download the application, enter your starting data and immediately you will have access to the games, also with Aura, an assistant that you can use with voice or text commands to consult the programming, see new content or tune into a channel. The app allows things like watching the games from the start even if you have arrived late, controlling the live broadcast; start watching the game at home and continue on your mobile if you have to go out, or vice versa.

See Super Bowl 2021 in the browser
Thanks to the magic of streaming, we can follow the game from its preview to the final whistle through the CBS website, which has the online signal on its page. In this way, and since it is a browser, it does not matter which device we choose, so we can watch the game on the smartphone or tablet. Inconvenient? The streaming is ‘region locked’, so the signal only works “if you are within the territory of the United States”. Solution? Use a VPN on your mobile or tablet, either Android or iOS

A VPN is a virtual private network that keeps your geographic location secret and allows you to access websites that have been blocked or censored for not being within your geographic scope. By installing an app that allows them to be created, we can avoid websites and online trackers while accessing American sites that have discounts for Black Friday. And also to other websites around the world, also having tools that allow us to encrypt our Internet connection to protect the IP address, browsing history and other personal data when we are online, use applications or connect to WiFi.

Here are the links to three of these apps that allow you to create VPNs easily and quickly with which to skip the regional protection that a shopping website outside of Spain may have:

See Super Bowl 2021 by NFL Game Pass
Thanks to current technology, the sports leagues of the world have their own apps for broadcasting. The NFL of course also has it in the form of the NFL Game Pass application, an app that, like the official NBA one, is a torrent of statistics (plays, passes, strategies, possession) in real time while also broadcasts the game of the Patriots Vs the Rams live.

It is available for Android and for iOS, but its subscription costs money. Although if we are only interested in seeing Super Bowl 55, we can always pay to see only the final, something that will cost € 8.99 and will give us 1 month of access to its content.

Are we heading for shorter games?