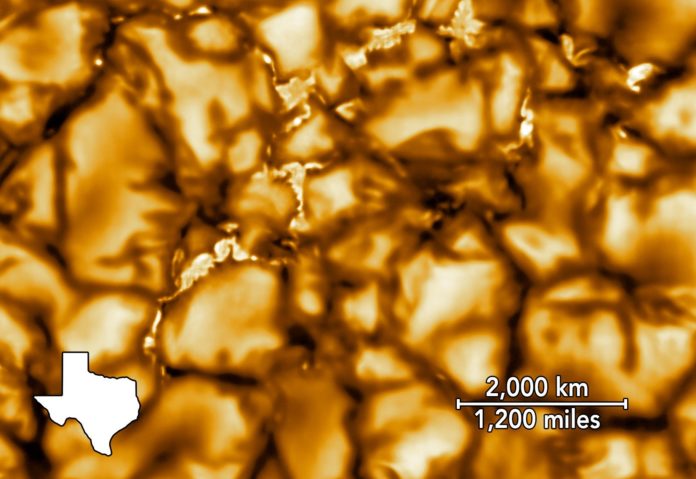 Scientists managed to get the highest resolution image of the Sun with the most advanced Solar Telescope ever. Data from the telescope will help unravel the mysteries of the star in the heart of our system.

Astronomers have shared the sun’s highest resolution image ever. The image obtained by Daniel K. Inouye Solar Telescope (DKIST) in Hawaii offers an unprecedented view of the star closest to our Earth, bringing us closer to unraveling the mysteries of the Sun.

The detailed photo of the Sun was created on December 10, and the telescope is still technically under construction. The new image actually reveals the potential power of the telescope. In the photo, the surface of the Sun, which resembles cracked desert soil, divided into huge cells, is seen in detail. The moments when the plasma leaked from the surface and rose to the air were also captured in high resolution.

The sun’s highest resolution image ever

“We’ve seen the smallest details ever about the biggest object in our solar system,” says DKIST director Thomas Rimmele. Official observations will begin in July and DKIST will be the world’s most powerful solar telescope, with a mirror of about 4 meters. Established on the highest summit of Maui, which is among the Hawaiian Archipelago, the telescope will be able to observe small structures up to 30 kilometers on the surface of the Sun. DKIST delivers five times better results than its predecessor, Richard B. Dunn Solar Telescope, in New York.

DKIST is specifically designed to take precise measurements of the Sun’s magnetic field across the corona (the outermost part of the atmosphere) and answer questions like why the corona is millions of degrees warmer than the Sun’s surface. The telescope will be online in the next six months and will collect data on temperature, speed and Solar structures.

DKIST is equipped with the world’s most complex optical systems to observe the Sun. It uses deformable mirrors to compensate for distortions caused by the earth’s atmosphere. The shape of the mirror can be adjusted 2,000 times per second. The telescope becomes hot enough to melt metal while observing the Sun. The DKIST team uses an ice pool cooler to cool the telescope.

Researchers aim to keep DKIST running for at least four Solar cycles (about 44 years). “Now we are the fastest moment of a long-running marathon. These first images are just the beginning,” Rimmele said. says.