Home Entertainment Summer Game Fest Is the Biggest Hint that Nintendo Direct Is On... 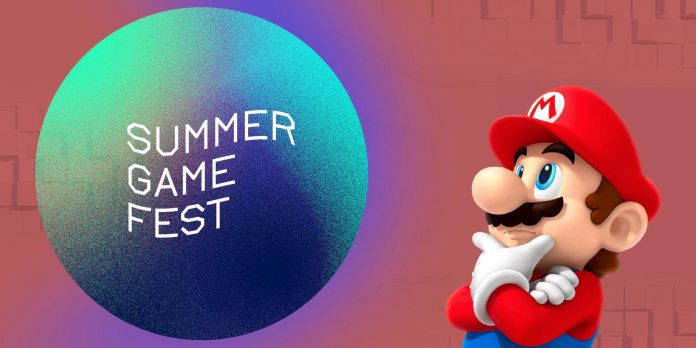 Nintendo fans who tuned in to Summer Game Fest may have been disappointed that there were no more details specifically designed for them, but don’t worry too much as it proves that the company must have something up its sleeve. Although there were rumors about Nintendo Direct, Nintendo did not publicly announce anything about the conference. However, there is still reason to believe that Direct is coming soon, and the Summer Games Fest announcements are helping to investigate this case.

Many of the recent rumors about the next Nintendo Direct pointed to the Neon White press release as the reason why Direct was supposed to take place on June 15, 2022, but the game was announced during the Summer Game Fest. The original press release did not mention Nintendo Direct, but it was assumed that it was related to it, given the release of Neon White on PC and Switch respectively. The Summer Game Fest presentation offers an alternative explanation for why Neon White wants news outlets not to publish reviews, which means it doesn’t necessarily prove that Nintendo Direct will take place.

However, Neon White’s release date may still be somewhat related to Nintendo Direct, and Nintendo’s small showing at Summer Game Fest most likely means there’s something more in the works. E3 may not take place this year, but every major game studio is holding a conference or has already held a conference instead. Nintendo would be remiss if it skipped the gaming news season and released Nintendo Direct later this year, especially with its powerful Switch 2022 game lineup only in June.

Nintendo Saves Its Most Important News for Live, not Third-Party Demos

Only a few bumpers were available at Summer Game Fest, one of which showed several independent games coming to the platform, and the other — the Mario Strikers fighting league, with the release of Neon White being the only significant new information about exclusives for Switch and PC. However, Nintendo has not primarily used other gaming conferences to showcase its games, especially because it wants to advertise Switch. Nintendo has shown new games and trailers at The Game Awards before, but has reserved big announcements for its own conferences.

There are many Switch games in development that haven’t received any updates since last year, such as Mario + Rabbids Sparks of Hope, The Legend of Zelda: Breath of the Wild 2 and Live A Live. Updates and release dates of these games will be useful not only for fans, but also help Nintendo maintain a high interest in Switch. Fire Emblem: Three Hopes has announced a demo, and Splatoon 3 recently had trailers, but Nintendo needs to bring something new to impress this year. The lack of high-profile announcements at Summer Game Fest only makes the conference more likely, since news about all these games should appear in the coming weeks.

Strategically, it would be a mistake for Nintendo not to introduce Nintendo Direct around June 2022. The Xbox and Bethesda demo will take place on June 12, and Sony has already made its game state. If Nintendo does not make Direct, the company will lag far behind competitors and risks alienating its fans. In the past, Nintendo usually waited less than a week before announcing its Nintendo Directs, so there’s still plenty of time to get more news out about the Switch.

New Amsterdam Season 5: What we suspected was going to happen...

After the success, Don’t Toy with Me, Miss Nagatoro confirms its...