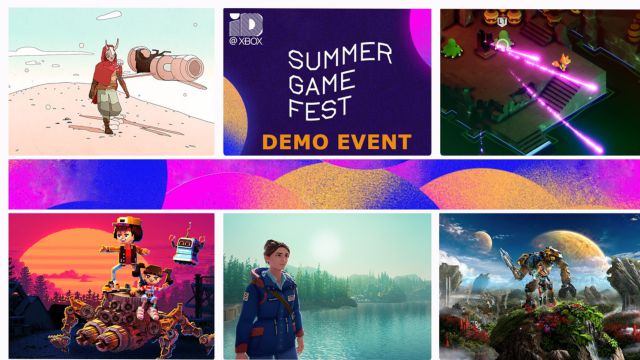 Summer Game Fest: The event will kick off on June 15 with special demo versions, as many are early in development. Players will be able to try more than 40 video games not yet released for Xbox One, Xbox Series X and Xbox Series S. This has been announced by Microsoft and Summer Game Fest, which will collaborate in a special event that will begin on June 15 and that will last until June 21. Those of Redmond clarify that they are not normal demos, since some of them have been made from a very premature build, so they do not represent the quality of the game. “You will also notice that these games will continue to evolve and improve.”

Another consideration to take into account is that they will be available on Xbox Dashboard for a single week. Some will be published again, but many others will disappear forever. On the other hand, they point out that developers will like to hear feedback, so they invite users to make constructive criticism.

Sony stays out of the appointment

In addition to the Kickoff Live of the Summer Game Fest, many of the main companies will participate in the Geoff Keighley event, as well as in E3 2021. Nintendo, Microsoft, Ubisoft, Square Enix, Bandai Namco, Warner Bros or Devolver Digital will present their video games, so many surprises are to be expected. Something that will not materialize, however, is the presence of Sony Interactive Entertainment, which for two years has embarked on its own path. That doesn’t mean we won’t see their games, including one that is about to be released, the highly anticipated Ratchet & Clank: A Dimension Apart.

Regarding projects of the stature of Gran Turismo 7 or God of War: Ragnarok, everything seems to indicate that the Japanese will organize their own event, as they have done over the last few years. Recently, the Japanese dedicated a complete State of Play to Horizon Forbidden West, one of the most anticipated productions of PlayStation 5 (and PlayStation 4, because it is intergenerational). Guerrilla Games finally showed an extensive gameplay video, showing some of the new mechanisms that have been implemented.

After releasing Returnal and Ratchet & Clank: A Dimension Apart, next on the list is Horizon Forbidden West. If there are no last minute changes to the calendar, the game will be published sometime in 2021. Guerrilla Games has chosen to be prudent and not announce a release date before they can ensure that it will be ready.

House of the Dragon: Matt Smith Reveals Key details about the...

Madden NFL 22: EA Removes A Coach For His Homophobic