Home Entertainment Summary of the history of Umbrella Academy: what you need to remember... 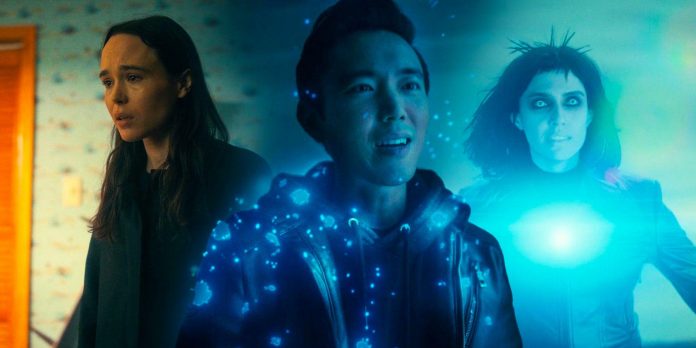 In between the most recent seasons, Elliot Page announced on Instagram that they are trans and that their pronouns are he/they. This presents a big change for The Umbrella Academy as Page previously played the female character Vanya Hargreeves on the show. However, it seems that the character will be evolving alongside the actor, as it has been revealed that Elliot Page is now playing Viktor Hargreeves.

Related: Hargreeves Is The Reason The Umbrella Academy Can Beat The Sparrows

In the upcoming season, Viktor and their siblings, Luther (Tom Hopper), Diego (David Castañeda), Allison (Emmy Raver-Lampman), Klaus (Robert Sheehan), and Five (Aidan Gallagher), will have to face the consequences of their actions. The epic season 2 finale brought the Umbrella Academy back from 1963 to a very different 2019, most likely due to their meddling in the timeline. Here is everything you need to remember about The Umbrella Academy before going into season 3:

The Umbrella Academy Is Now The Sparrow Academy

The Umbrella Academy season 2 finale sees the Hargreeves’ face off with The Handler (Kate Walsh), her adopted daughter Lila (Ritu Arya), and the full force of The Commission. The siblings are ultimately victorious and are able to use one of The Commission’s time-traveling briefcases to take them from 1963 back to 2019. However, because of their interference in the past, the Hargreeves’ return to a drastically altered timeline where The Umbrella Academy is now The Sparrow Academy, comprised of an entirely different group of super-powered protégés trained by a very much alive Sir Reginald Hargreeves.

Ben Is Alive, But Different

The only familiar face in The Sparrow Academy is one that the Hargreeves thought they had said goodbye to forever: their brother, Ben (Justin Min). In the reality that The Umbrella Academy come from, Ben died when they were children, though he stuck around for years thanks to Klaus’ powers to interact with the dead. At the end of season 2, Ben sacrifices his ghostly existence to save Viktor, and therefore the world. Because of this, it comes as a big shock for The Umbrella Academy to find their beloved brother alive – complete with an edgy new haircut, a facial scar, and a combative demeanor that does not match that of the Ben they knew.

Last season, Diego’s new frenemy Lila is revealed to be one of the 43 mysteriously born, super-powered children in The Umbrella Academy, just like the Hargreeves’. She learns in the season 2 finale that The Handler secretly ordered Five to kill her parents when she was four in order to raise the precocious Lila as her own. Lila’s power is a unique one: she can absorb and wield the powers of any other super-powered individuals that are in her proximity. When Lila realizes that The Handler only ever valued her for her abilities, Diego tries to convince Lila that she belongs with the Umbrella Academy. Whether she is sufficiently persuaded or not is a major question for season 3, especially after Lila ends season 2 by disappearing amidst the finale fray with a time-traveling briefcase.

Related: The Umbrella Academy vs. The Eternals: Which Superhero Team Is More Powerful

The Handler Is Dead

The Handler spends The Umbrella Academy season 2 scheming her way to the top of The Commission, while also setting up Five and a trio of Commission assassins called The Swedes in the process. This ultimately leads to her downfall, as the last remaining Swede (Kris Holden-Reid) gets revenge for his brothers’ deaths by killing her. It’s worth noting, however, that season 1 also seems to end with The Handler’s death after she is shot in the head – only for season 2 to reveal a metal plate in her skull that saved her life. While it’s possible that The Handler’s season 2 demise is another fake-out, it would certainly be difficult to come back from the bullet-ridden body the Swede left behind.

In 1963, the Hargreeves’ discover that their father Reginald is a member of an elite, top-secret group that works to shape the world from the shadows – the Majestic 12. Pushed too far by his colleagues, Reginald shockingly unzips his skin to uncover a monstrous-looking creature and rips the Majestic 12 to shreds. The most likely conclusion is that Reginald Hargreeves is actually an alien based on his obsession with the Moon as well as various hints throughout The Umbrella Academy. However, what he wants with Earth and its super-powered children is completely unknown.

Herb Is Leading The Commission

Though seemingly a timid man, Herb (Ken Hall), a downtrodden Commission analyst, boldly conspires against The Handler’s new reign of power and teams up with Diego to help him return to his siblings. After The Handler’s death, Herb is left in control of The Commission as the acting Chairperson for the Board of Directors. Given this shift in leadership and the wholesale slaughter of hundreds of Commission agents at Viktor’s hands, a new era of The Commission is beginning. There is no telling how this redistribution of power will affect the Hargreeves’ – as well as The Umbrella Academy timeline itself.

When the Hargreeves’ return to 2019, Viktor tries to convince their newfound love interest, Sissy (Marin Ireland), to come with them to the future. However, Sissy refuses for the sake of her son, Harlan (Justin Paul Kelly). Though Viktor saves Harlan’s life, they also seem to leave him with a residue of their powers – he is seen in the season 2 finale levitating an object in his hands, even after Viktor’s departure. It’s very possible that Harlan will return to The Umbrella Academy in a big way; as a child in 1963, Harlan would be a fully grown adult by 2019. Whether or not his fate will be addressed in the series remains to be seen in Netflix’s The Umbrella Academy season 3.