Home Entertainment Summary of the 6th episode of “Stranger Things 4” 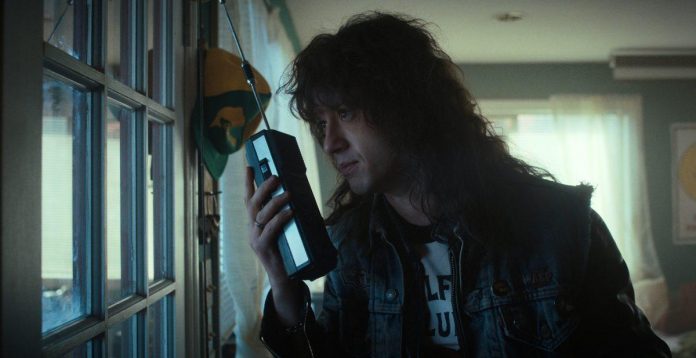 “Stranger Things 4” Episode 6, “Immersion”, continues everyone’s journey in this epically long story. We will look at each location separately, because in “Immersion” there are piquant pieces from each plot. This does not mean that in chronological order. It’s been about 75 minutes and we have a lot to take stock of, so let’s get started.

When we meet Dr. Brenner (Matthew Modine) and Eleven (Millie Bobby Brown) in “Strange 4” “Immersion,” Brenner compares her brain to that of a stroke victim. Just as stroke victims can learn to walk again, so Eleven can regain their strength by “retraining” their brain to remember certain events. Eleven agrees to enter Nina and try to remember again what happened in the laboratory in 1979.

Next, we watch the memories of Eleven together with her. She tries to use her abilities to put the puck in a certain slot (remember Plinko from “The Price is Right”), but repeatedly fails. Friendly orderly Peter Ballard seems to be coming over to offer his help. Instead, he tells her how she reminds him of someone he once knew. He puts the puck in the slot with the number one written under it.

Later in “Stranger Things 4”, “Immersion”, we observe how Brenner forces the children in the laboratory to test their strength on each other. The winner gets one extra hour in the Rainbow Room. (Gee, thanks, Brenner. What a pleasure.) The number 002 removes all the other children until it is the turn of Eleven. Eleven’s powers are strong, but she can’t control them. She easily throws him against the wall, much to his disappointment.

Eleven finds herself alone in the Rainbow Room before Agent 002, along with some of his friends, turns off the power to the cameras and attacks Eleven. They leave her with the promise that they will kill her if she tells Dr. Brenner that they ambushed her. She looks in the mirror and suddenly sees that her dress is covered in blood, and blood is flowing from her eyes. Eleven wakes up in a panic from the memories and with tears in her eyes tells Dr. Brenner: “I killed them all.”

Scarlet Nexus Gets New Trailer With Action and Story

Every MCU Phase 4 Movie Show That Chloe Bennett’s Quake Can...