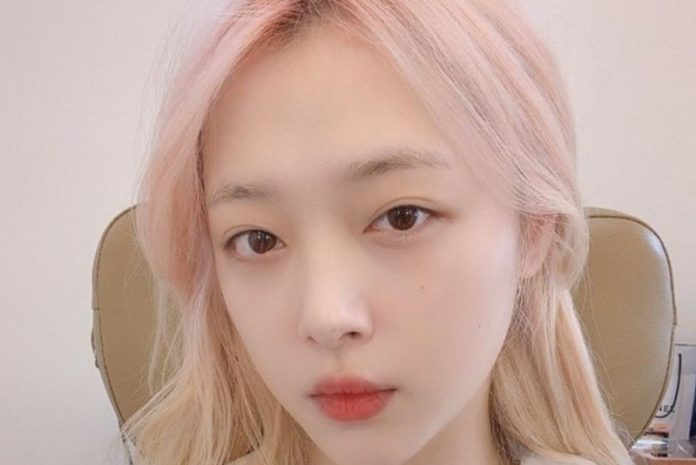 Police find Sulli dead at home Sulli is deceased. On October 14 it was revealed that Sulli, a former member of f (x), appeared dead in her home. As confirmed by Seongnam police, the artist died at 4:00 p.m. KST. A friend found her around 4:30 p.m. KST and notified the police. Law enforcement is searching if he left a suicide note or it was a natural death.

According to this report, Sulli’s manager stated that he had not been in contact with her since yesterday, they were last contacted yesterday. He went to Sulli’s house and found her dead.

Apparently everything is true … What’s up Koreans are happy now? or will hypocrites walk through life regretting what happened to sulli ?? All this makes me sick.

2 years ago, my bias died from suicide. So now, Sulli died again by suicide. Now tell me that suicide is just a joke, huh? I hope Jonghyun and Sulli are happy together now. I love you both very much

I can’t believe Sulli is gone now. I just hope that now, he has found rest after all the difficulties he has been through. An angel has been lost from this world and found himself in another, and I will miss her gummy smile. Rest in peace, queen
Do you remember when Sulli was crying during her installation? She has been asking for help for a long time, but guess what? the things that people and the media did were laugh at her and call her a crazy bitch. Now think and understand how your hate comments can affect someone’s life.
We send our deepest condolences to the family. Leave your condolences on our Facebook page or on our Twitter account. Also, share the news on your social networks.

Bitcoin Price Increased By 6400% When It Was Most Recent