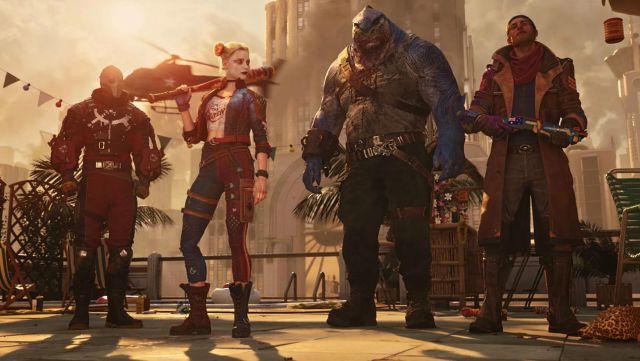 Suicide Squad: The game’s creative director anticipates Rocksteady’s title participation in the event; Although he has not specified if we will see a gameplay. Suicide Squad: Kill the Justice League, the new project from Rocksteady Studios, will be present at The Game Awards. After learning that we will see the new Sonic the Hedgehog film and The Lord of the Rings: Gollum, the co-founder and creative director of the work, Sefton Hill, has announced on his personal Twitter account that we will somehow see the long-awaited title for DC Comics lovers.

No further details have been disclosed at the moment, the appearance of the game has simply been confirmed at the gala presented by Geoff Keighley, whose celebration is scheduled for this Friday, November 10; at dawn from Thursday to Friday in Spain (02:00 CET).

Me and the @RocksteadyGames squad are getting ready to dive into the #TheGameAwards. Can't wait to share the mayhem with you all! Good luck @GeoffKeighley! pic.twitter.com/ZTJOhUqbZ8

The game is currently in development for PlayStation 5, Xbox Series X | S and PC consoles as an action-adventure single player title with an emphasis on cooperative.

In Suicide Squad: Kill the Justice League we will live a story with an original narrative in a large open world set in Metropolis. The four DC supervillains – Harley Quinn, Deadshot, Captain Boomerang and King Shark – will be on a mission against an invading alien force and the DC superheroes, who have become villains for some reason and are destroying the city they swore to protect. . The game’s premiere is scheduled for sometime in 2022.

United U19 Advanced to The Second Stage of The Rewe Junior...