Home Celebrity Suicide Squad 2: The Joker Detail That Will Hurt All Known and... 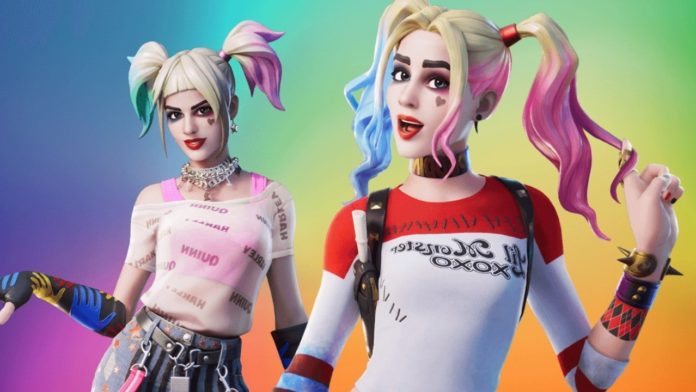 Suicide Squad 2, which is completed with the cooperation of DC and Warner Bros, is getting ready to present a brand new story to its fans. Harley Quinn and her gang, which we love very much from her previous movie, soon return to the screen. In this article, where we try to convey all the information from the cast to the release date, we also have bad news for Joker fans.

When will Suicide Squad 2 be released?
Warner Bros, the production company of the film on June 30, 2019, set the release date of Suicide Squad 2 as August 6, 2021. According to information written in a magazine called Deadline, the filming began in September 2019 and was recently completed. However, in order to see Suicide Squad 2 on the big screen, we have to be a little patient. As a matter of fact, the vision dates of many important productions were delayed due to the coronavirus epidemic.

Who is on Suicide Squad 2’s cast?
As we guessed, we will be able to see Harley Quinn, Captain Boomerang, Rick Flag and Amanda Waller from the first movie in the second movie of the series. The Deadshot character will not be in the movie due to Will Smith’s busy work schedule. When Idris Elba appeared in the shootings, he was thought to first portray the Deadshot character, but later it turned out that Elba gave life to a completely different character (Idris Elba explained that he appeared positive in the coronavirus test and is currently receiving treatment.)

Apart from John Cena, Peter Capaldi, who you can recognize from the Doctor Who series, is also included in the cast. Although the cast is certain, the list of characters has not been fully confirmed. We will see which player gives life to which character in the upcoming trailers and promotions. The most accurate information we can get from the characters so far is that Harley Quinn’s costume will change completely and will be black and red like in the comics. You can find the full squad of Suicide Squad 2 movie released so far here.

No wildcard: So why?
The evil hero of the DC universe, which everyone admires, Joker was portrayed by Jared Leto in the first film of the series. Although he attracts the attention of his fans with his semi-romantic half-psychopathic relationship with Harley Quinn, unfortunately we will not be able to see Joker in Sucide Squad 2. If you are familiar with Suicide Squad comics, you know that Joker has nothing to do with this gang.

In the first movie, Joker’s presence was also highly questioned, but Jared Leto’s acting and character’s connection to Harley Quinn was very popular. The director of the movie said that Suicide Squad does not need Joker, and it will be strange to include the character in the movie, even though Joker has nothing to do with the gang in the comics. We do not know in which movie we can see the Joker character again, but the fans of the movie still have hope for Joker to be seen in the movie with a surprise.

Who manages Suicide Squad 2?
This time, James Gunn, director of the Guardians of the Galaxy series, sits in the seat of David Ayer, the director of the first film of the series. Gunn, dismissed by Disney, officially confirmed that he had switched to DC in 2018.

At first, he was expected to write a brand new script for the film, and later the decision was made to direct the film. According to Gunn, Suicide Squad 2 will be moved to the big screen as a new and completely different story, not a sequel to the previous movie.

What about Suicide Squad 2?

Although we don’t have precise information about the subject of the movie for now, we can make a few predictions based on the comic books. In general, it is not difficult to guess that Amanda Waller will assemble the gang and send it to a challenging task, as always. One of the claims put forward is that Gunn will kill many characters he has included in the cast, at the very beginning of the movie.

Although Suicide Squad 2 presents an entirely new story, we hope it will not be like a starter movie, it will not render character development long. Joel Kinnaman, who gave life to the character of Rick Flag, said in an interview that he wrote that the script was really funny and that he felt like he was in a comedy movie rather than a superhero movie, and that he found the humor understanding of the movie’s director James Funn.

Suicide Squad 2 looks like it will be in Comic Con 2020, as it announces the release date. In this comic book fair held every year in America, we may see a trailer or a promotion about the film.

Yunho celebrates his birthday with the love of ATINY