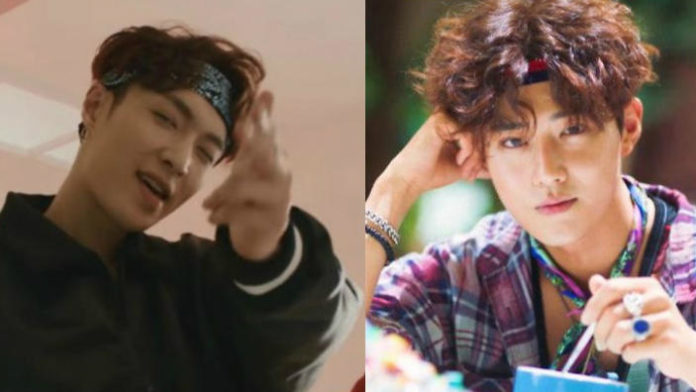 The two soloists are still in contact, that is why they have a very solid and strong friendship. Suho misses the daily coexistence with Lay , the fans loved this interaction.

Recently, Suho released his solo album ‘ Self Portrait’ which was very well received by his fans and the general public, the EXO member promoted with the tune ‘Let’s Love’ , the official MV of this song and with more than 6 million views on SMTOWN’s YouTube channel .

To be a little closer to his followers Junmyeon made a live through his personal Instagram account where he talked about different topics in the company of thousands of people who did not hesitate to listen to the EXO singer .

This is actor Junmyeon Kim(Suho), ambassador of 2019 International Film Festival & Awards Macao. Although short, it was for sure a memorable time. Please continue to show love and support for the festival! #IFFAM

While the transmission was happening, Suho realized that Lay had entered the live and commented that he missed him a lot , Yixing wrote several responses such as: ‘hello’ ‘how good you are’, ‘hahahahaha the leader’ ‘demos love’ and ‘Let´s sees it’.

Afterwards, Junmyon told the viewers that ‘we have been communicating with each other ‘, he sent many greetings to Lay asking ‘How have you been?’, ‘What have you been doing?’

Suho’s message to Lay was forceful, as he asked him to work very hard on his solo projects , he confessed to fans that the EXO dancer always sends him a message when he feels lonely, but he knows that they are a team with him. which can always count.

Without a doubt, the boys of EXO have a great connection, not only as companions, but as unconditional friends who despite the distance always know that one can trust the other, as the motto of the group ‘We Are One’ says.