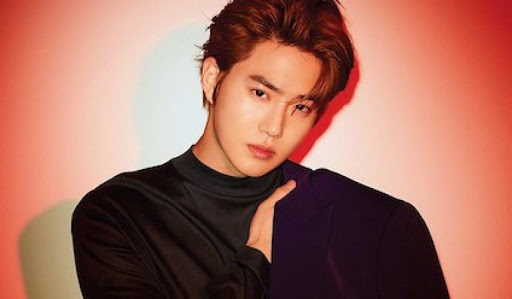 Suho reveals new teasers for his album ‘Self-Portrait’. The premiere of EXO leader’s solo debut album is getting closer.

EXO’s leader Suho will debut as a solo artist on March 30 of this year.

A week ago the singer’s schedule of activities was released, he is quite excited to bring record material to his fans who always support him and look forward to hearing Suho’s voice in all its glory .

This mini album is named ‘Self-Portrait’ , although it is not the first time that Suho demonstrates his solo voice , as he has collaborated with different STATIONS within the SMTOWN channel , he has also dabbled as an OTS performer in dramas like ‘ SEDANSOGU ‘, released a month ago.

So far they have been released: Mood Sampler #1, Mood Sampler #2 and Mood Sampler #3 , which show a preview of what their songs will be , only in melody and mostly, they are ballads that go very well with Junmyeon’s tone of voice .

As a promotional part of the album , various photographs have been published that evoke an art concept, in which Suho appears, his face was painted in different pictures with various poses, the posts have been revealed through social networks so that fans They can see a little of what they could enjoy in the creative art of the album .

Notably , the album of Suho already surpassed the 70,000 pre orders on the site ktwon4u .

Do you expect ‘Self-Portrait’ excited?

Star Wars 9: we know more about the absence of Rose!