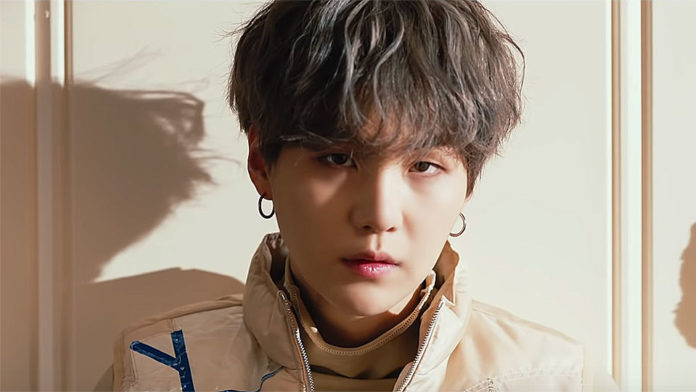 The BTS rapper faced many difficulties during his predebut, which is why he has earned recognition for his success.

The history of idols is not always simple, in fact, most of them have to face and overcome great difficulties before being able to debut, their strength to achieve it lies in the great desire they have to succeed, since they know that only by staying strong and giving their maximum effort they will achieve their dreams.

Although there are several idols who have experienced situations of this type, Suga is one of the most outstanding, since this rapper was in charge of climbing step after step until he obtained the recognition he was looking for and even managed to exceed his own expectations.

Suga comes from a low-income family, which made it difficult from the start. This situation led him to obtain a part-time job , seeking to collaborate a little at home and be able to cover his own expenses. While doing this activity he also had to study and, since his gaze was already on the music, he also used his talent to obtain some resources, selling his compositions to others.

However, even with his efforts, Yoongi seemed unable to meet all the needs he wanted , so sometimes the money he earned had to go to only one of them, having to choose between transportation, food or contribute to his home.

Probably one of the most difficult parts of this idol’s life was knowing that he did not have the support of his family, since nobody believed in his talent or his commitment to fulfill his dreams, for that reason they often tried to discourage him, until Suga preferred to keep that part of his life to himself. His brother was the only person with whom he could share some of these issues without feeling judged, since he listened attentively and motivated him to give his all.

When Yoongi decided to go a step further and start attending auditions , the result was good, as he was able to quickly become a trainee, but considering that the company was not in his best condition at the time, it raised his concern regarding if one day he could really fulfill his dream.

We already know the difficulties as a trainee, many of them do not have enough money and also the rehearsal days are really long, so their lives are drastically transformed. In addition Suga faced problems that led to depression and anxiety , which had to deal with because of the way they were affecting.

Finally, when he made his debut as an idol, his group did not receive the desired attention from the beginning, all the members had to work hard until they began to get more supporting comments, which quickly began to spread throughout different countries.

That is why, although BTS is a global music phenomenon today , each of the boys worked too hard to achieve it, becoming a show of effort and commitment , earning the respect and admiration not only of their fans, but even others. great figures of music.

See Also
Suga worries ARMY because of his injury