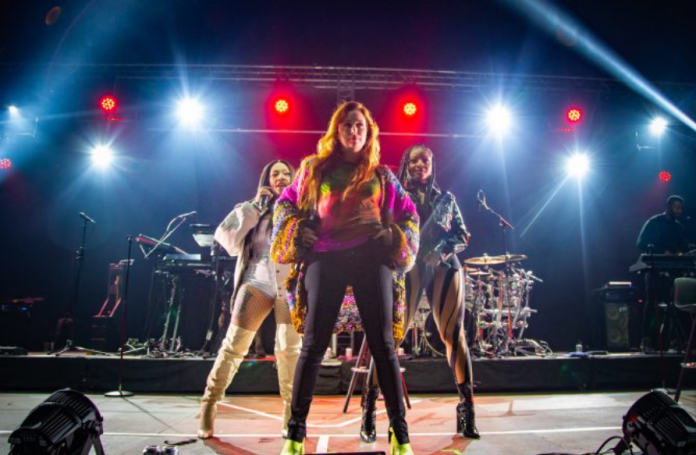 Sugababes has announced a one—off show at The O2 Arena in London in September 2023 – find out more and buy tickets below.

The original trio — Siobhan Donaghy, Mutya Buena and Keisha Buchanan — will perform at the O2 on Friday, September 15, 2023.

Tickets will go on sale at 10:00 GMT this Friday (December 2) — you can buy them here. The limited presale also starts at 9:00 GMT on Wednesday, November 30.

Our BIGGEST show ever and in our hometown!

Limited pre-sale begins Wednesday 9am, sign up via link in bio.
General on-sale Friday 9am pic.twitter.com/gyKr19DAkF

The show will be the biggest British girl band show to date and will follow a series of comeback festival appearances this summer, including a packed slot at Glastonbury, which will be the band’s second live performance in more than 20 years.

Buchanan reflected on the grand comeback moment in front of a huge crowd on the tiny Avalon stage: “We were so nervous coming out here today, and I don’t know why, because you’re not scary,” she said. “I know it was crazy to come out of isolation and all that. And I think I’m saying this to say that there are ups and downs in life, but one thing is for sure, it’s just the season. Will it happen anyway, and you will always have to fight your way through.”

In a five-star review of its London show earlier this month, NME described the comeback as “triumphant,” adding: “We know the Sugababes story doesn’t end there: they are already booking places at festivals for next summer, where the show will kill. But whatever happens next, it looks like the original line-up of the band has well and truly restored their legacy.”

Festival slots scheduled for next summer so far include Neighborhood Weekender, Isle of Wight Festival and Wilderness Festival.