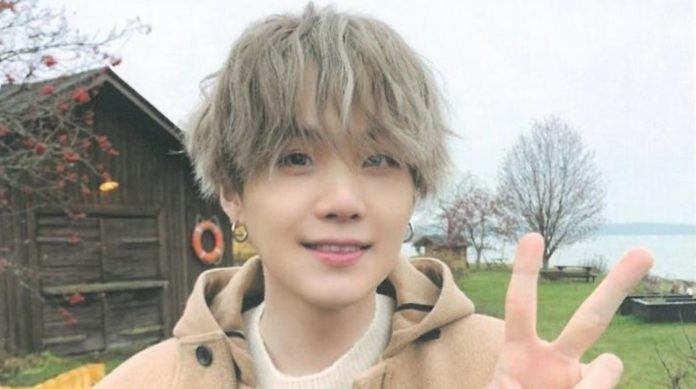 Suga worries ARMY because of his injury. BTS presentations at music shows showed that the idol was not quite right.

BTS fans have expressed their concern about the rapper and member of BTS , after some clips show that an injury continues to wreak havoc , especially in seasons of hard work such as the promotions of a new album and the multiple presentations that implies .

BTS is a group that is characterized by performing performances full of energy with powerful choreographies and overflowing emotion, without a doubt the dance steps and the way they are developed by the boys, is one of the qualities that their fans have always recognized in them.

However, under certain circumstances this explosion of energy may not be easy to carry out, such was the case of Suga. During the Korean music shows, the fans of the BTS boys noticed that this idol developed the Black Swan steps in a different way, particularly if it is the movements with the arms , for which Suga only used one of them.

For a casual spectator of the program, this can be a difficult gesture to distinguish, however ARMY tries to ensure that each of the boys demonstrates their own abilities by creating videos of the presentations focused on each of the boys.

It was thus that they were able to detect the irregularity in the idol’s steps, which, although he showed all his emotion during the interpretation of Black Swan, also showed that his old injury still bothers him after subjecting his body to more efforts than usual.

Suga commented earlier that prior to his debut he had an accident where he was hit by a car while working as a delivery , the idol tried to hide it from his company so that he could continue with his preparation. Instead of confessing what had really happened, he then said he had fallen from the stairs, so his injury would not be considered serious and he could continue training.

The accident affected his shoulder and eventually the idol had to leave his job to prioritize his health, however it is something that continues to cause him discomfort.

For that reason and given the concern for Suga’s well-being, ARMY around the world has joined the hashtag #GetWellSoonYoongi , a trend with which they try to let the idol know how much they value their effort and how admirable their commitment to the group, fans and promotions of the new album. Likewise, the followers of the group have sent messages of support and good wishes for a good recovery.

Check out some of the tweets that have joined the hashtag here:

Yoongi-ah you did good and take good care of yourself because you are precious jewel. #GetWellSoonYoongi pic.twitter.com/q1AMkULByB

The shocking deaths of two characters that the show had