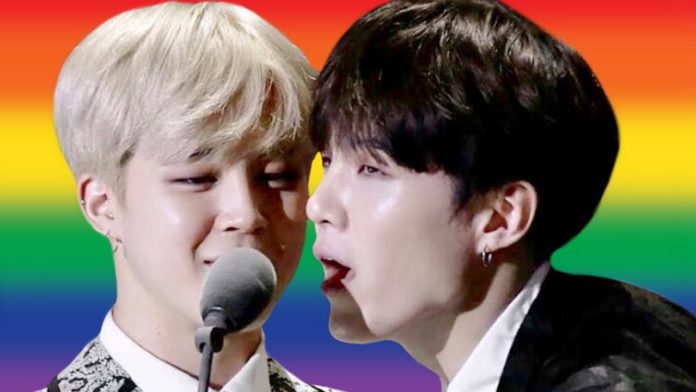 This couple has captivated thousands of fans who consider their friendship to be unique.

Jimin and Suga have a great connection.

The affection that these members of the group have always shows in each of the interactions, the rapper and the singer , have been since the beginning of the BTS project and have understood each other very well day by day.

Suga has revealed on many occasions that he admires Jimin and the ‘Lie’ singer has done the same, commenting that he feels very comfortable being next to his bandmate, with whom he always looks very happy.

During Run BTS! , the members of the group, Suga, V, Jungkook, Jimin, Jin, J-Hope and RM , had the experience of making original flower arrangements with the help of a professional, who supported them to form the concept and combination of their bouquets .

What caught ARMY’s attention the most was that Jimin named his floral creation ‘ Serendipity ‘, Suga quickly looked at his friend’s hand to make sure his ring was still there, curiously, the design of the accessory has these same fruits of nature.

Jimin then proudly showed his hand, wearing the ring on his middle finger .

ARMY’s feelings were shaken just as Suga took Jimin’s hand , seeing the affection they have and the friendship so strong that they have formed through time. The fandom faithfully believes that they get along great.

The super pair of “Man of Steel” Henry Cavill and Amy...