Home Entertainment Suga shares one side of his life and love of music on... 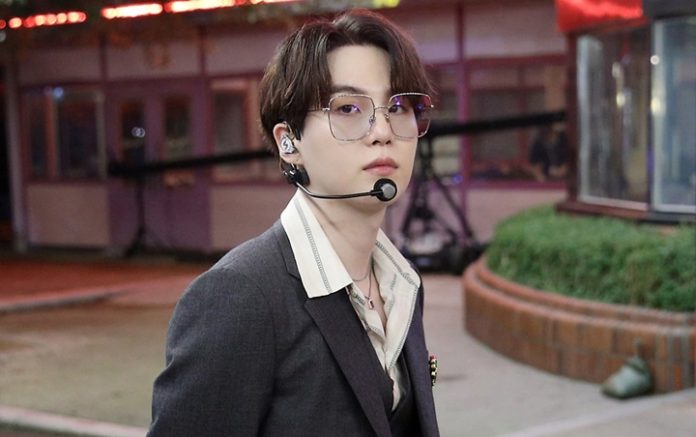 The Bangtan rapper was commissioned to release a new glov to promote the special edition of “BE”.

BTS’s Suga livens up the weekend with his personal vlog BE Log. The rapper showed his greatest passion: music and reminded ARMY that life continues to the rhythm of “Life Goes On”.

The K-pop group from the agency BigHit continues with the promotions of the special edition of their album “BE”. The boys have revealed a series of personal videos that show their day to day. They are also preparing to appear on their own Talk Show and the documentary “Archive K,” which will premiere in March.

Through the official BANGTAN TV channel on YouTube, BTS premiered Suga’s BE Log to the beat of “Life Goes On”.Although the world situation has not improved, the rapper reminded ARMY that life goes on and that nothing has changed between them. He also shared a bit of his daily routine and showed that music is always present in his life.

The boys expressed their most personal feelings in “BE”, an album that portrays their feelings due to the pandemic. Each of them recorded small audiovisual diaries where they show their exercise routines, behind the scenes of BTS , their hobbies, favorite foods , among others.

THIS IS A DAY IN THE LIFE OF SUGA FROM BTS

The clip lasts almost a minute and a half, but it was enough to capture the essence of the Bangtan rapper . In a couple of scenes, Suga showed his softer side and tried to do aegyo in front of the camera while puffing up his cheeks. The idol remembered some sessions and behind the scenes while the stylists did their work.

His Be-Log embodied his greatest passion: music. In one of the images, Suga hangs up a guitar case and points to himself as a “true musician.”

Also, in almost the entire video he appeared playing the guitar, whether in front of a campfire, the studio, his room or in BTS’s dressing rooms , he certainly never stops thinking about the music.

In addition to showing a bit of their life and their more everyday side, BTS reinforced their message of self-love with the new UNICEF Love Yourself campaign.

“Very scripted and rather spontaneous” — Royal Correspondents Criticize The Archetypes...

Tem tem will be a real hit for Xbox Game Pass