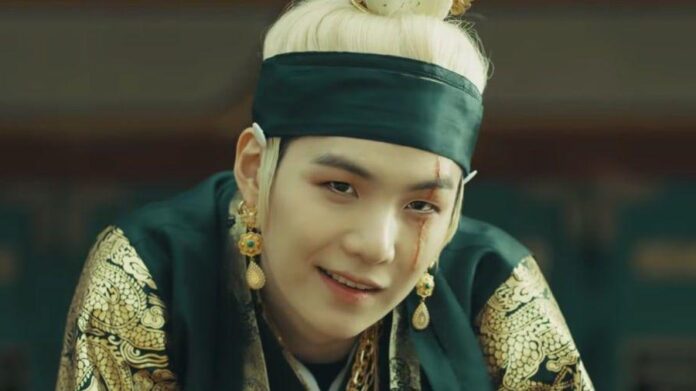 Suga surprised his fans and revealed the behind the scenes of the recording of the ‘Daechwita’ video.

On the YouTube channel of BANGTANTV the video of more than five minutes was released that shows the process of recording the music video for ‘Daechwita’, this track is part of ‘D-2’, the second mixtape of the famous rapper of BTS , which was released surprisingly on May 22.

In the clip, Suga talked about the meaning of ‘Daechwita’, her mixtape, and the preparations that were made to make the result of the music video surprising. Suga, who plays two characters in ‘Daechwita’, explained that the angry king had a lot of authority, while Agust D had the courage to confront him for his actions in power.

Several shots were filmed in interesting locations and outdoors, the setting of the different places was designed according to Yoongi’s style and taste, the production made sure to fill the set with much realism, they preferred to use animated elements and not special effects .

Jin and Jungkook said that they were not there as members of BTS, who were supporting actors who helped set the scene for the ‘Daechwita’ video, Jin commented that Suga asked them to appear in the MV: ‘Please be there, please just once. ‘

Suga pointed out that he had been practicing for more than two days to make his sword movements look more professional, to finish Yoongi asked ARMY to show him in all his love by supporting the mixtape ‘D-2’.