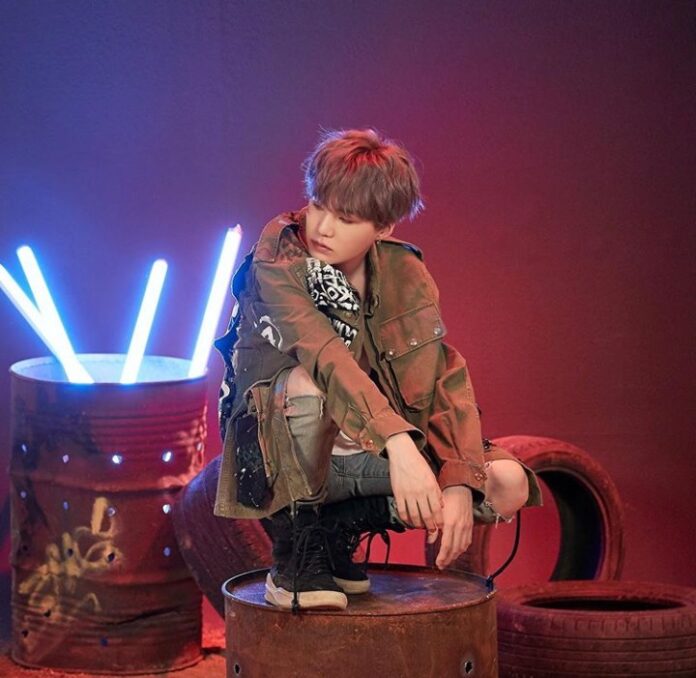 The health crisis affected everyone, causing the K-pop industry to stop its activities for a few weeks, but little by little, the groups have resumed their agendas, despite the fact that some like BTS had to cancel their tours.

Suga recently made a VLive to talk a little more about his mixtape, but revealed that it was a bit risky due to the pandemic and he was exposed to contagions, we tell you what it is about.

The idol made the live broadcast to share some details of “Agust D” with his fans, Suga explained that he was still working on some songs in the studio when they received the alert of a contagion near the building where he was.

Apparently, there was a considerable risk that people in the area contracted the disease, so they were evacuated and given instructions to quarantine. On the impact of his mixtape, Suga thanked the engineers who were able to continue working to finish the recording.

The idol also said that since his activities were paused, he has had more time to focus on his music.

The coronavirus still continues and although South Korea has been able to retain the infections without avoiding the saturation of hospitals, K-pop still cannot hold massive events or large concentrations of fans.

Despite the risk he ran, the idol explains that his songs were already ready from before, but he wanted to leave things without blank spaces, so he resumed recording so that his mixtape was as he wanted.

Rosalía suffers the effects of the quarantine