Home Celebrity Suga returns to Instagram with a new look and what he does... 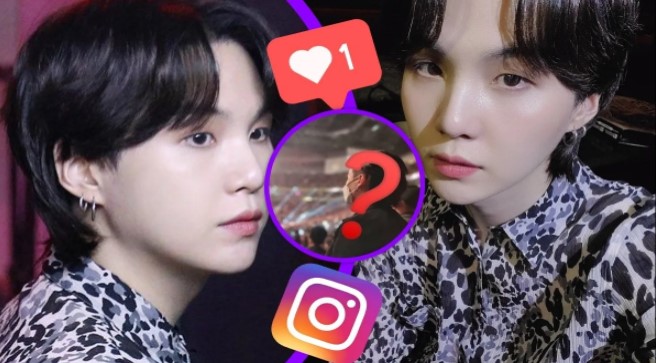 Maybe Suga doesn’t have the best relationship with Instagram, but he really wants to share more of his moments with ARMY, so he shared a new update for all BTS fans.

Since the members of BTS have their official Instagram accounts, everyone has shared great photos and moments for ARMY, perhaps there are those who update more than the others and also all confessed to having difficulties using this social network.

Bangtan Sonyeondan idols were more used to other platforms like Twitter and Weverse which were where they commonly kept in touch with their fans and could share text posts and photos without any problem.

But despite the difficulties of using a new social network, the Bangtan Boys have been able to share a lot of their days on Instagram, although Suga had no longer updated and ARMY missed him, his fans knew that at any moment Yoongi would return.

And finally today, we have a new update on the BTS rapper, we just have to pay great attention to detail, because in addition to showing us something that Suga did recently, he also has a new look that his fans loved.

Through his official account on Instagram, BTS’s Suga shared a photo in which we can see the idol from behind, he is at a UFC event and if we see in detail, Min Yoongi has a new look; It appears that he dyed his hair black, did an undercut, but has also grown his hair out a bit.

OMG! ARMY loved this new haircut, plus now we know that Suga is having a wonderful vacation in Las Vegas and attending events that he often enjoys.

ARMY already wants a Yoongi selca with this new look, will we see her soon? The idol moved his fans with just one photograph that everyone loved.

In addition to Suga sharing his attendance at one of the UFC matches that took place in Las Vegas, he has also been seen at a basketball game and in the studio, Yoongi is doing and living what he loves the most during his time Rest.

How good! Suga is really having fun during his vacation and it’s nice that he decided to share a bit of it with ARMY.

Bella Thorne in a red “naked” dress at the Morbius show...