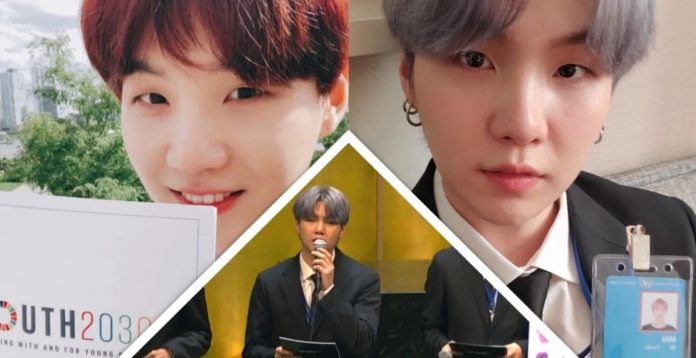 BTS gave a great speech before the UN Assembly, but they received a lot of criticism, how did Suga respond? Many people viewed the fact that BTS appeared in the UN General Assembly negatively, why?

The fact of being singers is not something to belittle them in causes as important as those run by the organization and Suga defends his group from criticism.

BTS’s music has given their idols great empowerment and with it they manage to give good messages to those who listen to them, therefore, they have earned a role as ambassadors for South Korea , positively impacting millions of fans whom they inspire and they motivate to make a change, become aware and perform beneficial actors.

There is much to admire about Bangtan Sonyeondan and it is that not only as artists or idols they manage to stand out, as they have proven to be caring people who share their success and fortune with those who need it most; the popularity of the band K-Pop can be used for good causes, which is why the organizations nonprofit, also seek to collaborate with Bangtan Boys to reach a wider audience with their missions.

So what’s wrong with Bangtan attracting more people for good causes? The important thing is to spread the message and that more people are part of the causes for which BTS also fights; But many people don’t see it that way and decide to criticize idols, how did Suga respond to the negative comments?

In VLive, Suga shared a little time with ARMY , something that the Bangtan rapper decided to talk about was his participation as South Korean ambassador in the UN General Assembly , something that ARMY celebrated and the world recognized, but there were others who only dedicated themselves to criticizing.

“I heard a lot of people say: ‘You are singers, why are you there?’ We went to create awareness, please don’t be judgmental; we attended knowing what our role was, we gave our speech. When we have interviews and attend events like this, what the viewers say matters a lot and they told us that when we appeared, the views increased. “.

The other BTS members agreed, “If a lot of people saw it, then we fulfilled our role.” That’s right, organizations invite idols to attract more audiences and spread the message to the youngest, that is the goal, therefore, Bangtan fulfilled its mission despite the criticism.

GTA The Trilogy Shows Its First Trailer With Gameplay And Presents...